0
4
This post may contain compensated links. Please refer to my disclaimer here for more information.

Jenny McIver set out on a one month round the world (RTW) trip in 2006, thinking it would be a one-off “bucket-list-shredding” trip of a lifetime. Instead she ended up with an insatiable wanderlust that she quelled with a yearly RTW trip completed in 30 days. A firm believer that “anything worth doing is worth doing in style”, Jenny lives it up on business class flights and in 5-star hotels. She knows how to squeeze the maximum benefit from airline mileage and hotel reward programs and could definitely teach me a thing or two.

Maybe she was the unconscious inspiration behind my desire to reach 100 countries before 40. Now a member of the Travelers’ Century Club, Jenny had the same goal and managed to achieve it last year in time for her big 4-0… with five countries to spare!

I find Jenny incredibly positive and inspiring. Enjoy the interview!

Where does your wanderlust stem from?

Honestly, it’s kind of a mystery to me. I never traveled growing up. My parents weren’t big travelers (not internationally, anyway). I really never knew anyone who traveled. I just always had this urge to see the world. In college, I majored in hotel and restaurant management with the intention of working for a hotel primarily for the travel benefits. I ended up working for a convention center instead and my globetrotting aspirations were on hold for most of my 20’s while I built a career. 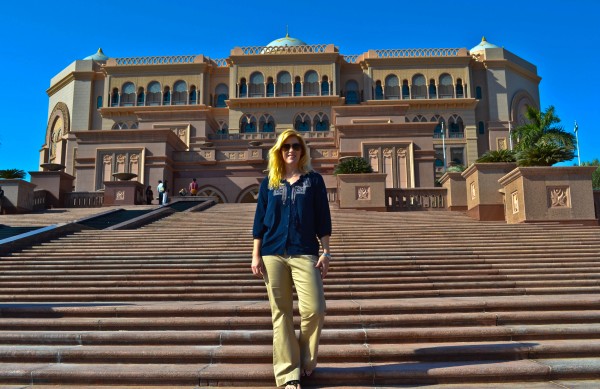 On the Steps of the Emirates Palace Hotel in Abu Dhabi – The Most Expensive Hotel Ever Built!

When did you start travelling?

I didn’t get my first passport til the ripe old age of 27. Other than Mexico (which you didn’t need a passport for at the time) I’d never been anywhere outside of the U.S. before then. I got the passport for a trip to Greece with a couple of girls from my office. It was love at first flight but it still wasn’t until I started my own business at 29 that I finally had the time and the money to start fulfilling some of my travel dreams. 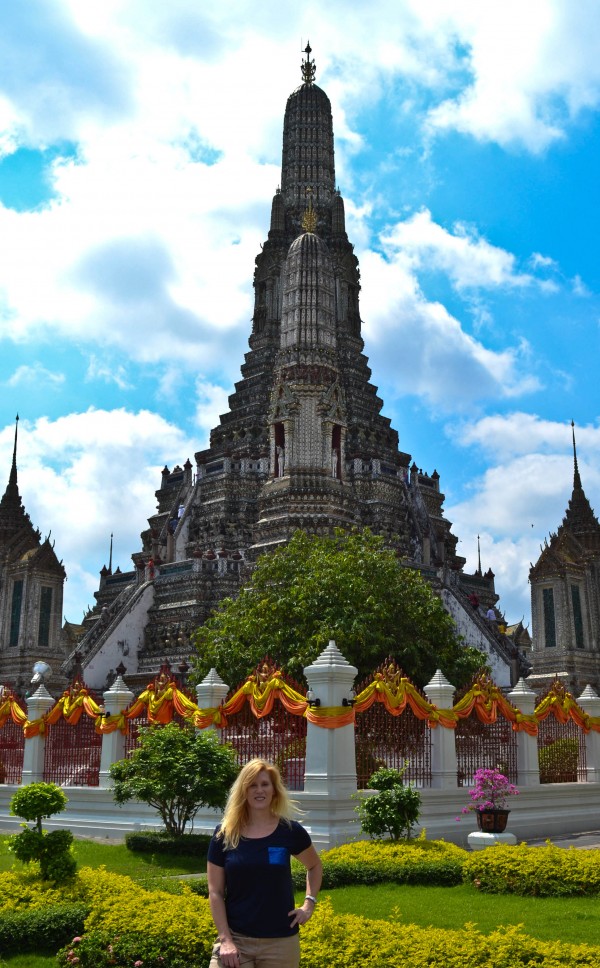 What do you love about travel?

The freedom of it. The opportunity to experience other cultures and to step outside my comfort zone. I love landing in a new place that is totally foreign to me and trying to figure it out. How to get around, how to communicate, what to eat, what to see. To me, exploring each new country is like solving a mystery.

When did you decide you wanted to crack a century and visit more than 100 countries? (How many countries had you already visited?) Did you ever feel like you couldn’t achieve it?

I didn’t even start counting countries until I was somewhere in the 40’s. By then I’d done my first two RTW trips and my travels became a topic of conversation with people I met. They would always ask me how many countries I’d been to. Truth be told, I didn’t know! I really didn’t even know how to count them up at the time. It seems like an easy question but what counts as a country? How long do you have to stay for it to count? Does a layover count? Does a visit to Vatican City count as a new country? Who makes the rules?

It turned out to be a pretty subjective question. In my research for a list of countries, I came across the Travelers Century Club (TCC), an exclusive club for travelers who have visited 100 countries or more. TCC publishes a country list that is widely considered the gold standard of what “counts”, so I went with that. At the time, by their list I was somewhere around 48. That was the first time I decided I wanted to reach 100 and join the club. 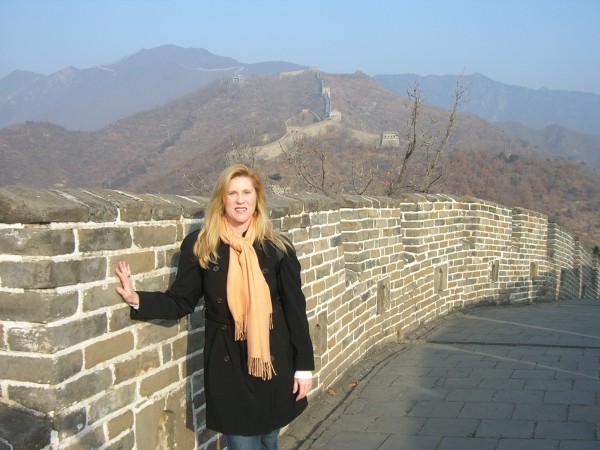 Jenny with the Great Wall of China All to Herself

When, where and how did you achieve your goal? How did it feel when you complete?

I hit the magic number of 100 last summer on a trip through the Balkans. Officially, country #100 was Bulgaria. It was kind of incredible to think I’d accomplished 100 countries in just 12 years (an average of about 8 new countries a year with most of them coming in the past 6 years since I started doing RTW trips). In just the year since then I’ve added 23 more thanks to another trip around the world and a summer spent traveling Central America. I don’t really have a new goal as far as number of countries, but there are still a lot of countries on my wish list. 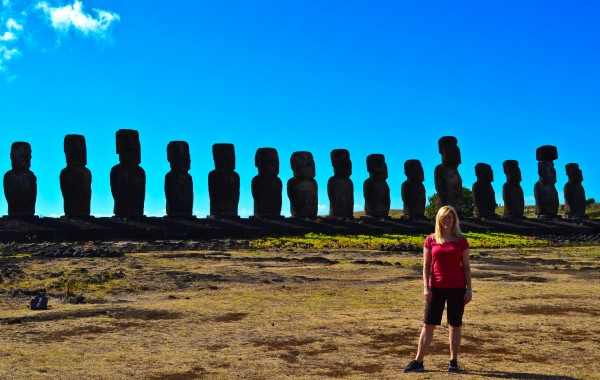 Jenny at Easter Island – A definite bucket list item for me!

What’s your favourite memory from your 100 countries quest?

There are so many. Sunrise at Angkor Wat, sunset on Easter Island, the Great Wall all to myself on an early winter morning, floating in the Dead Sea, the Maldives by seaplane, hiking Machu Picchu, swimming with a million jellyfish in Palau…so many experiences that I will treasure forever. 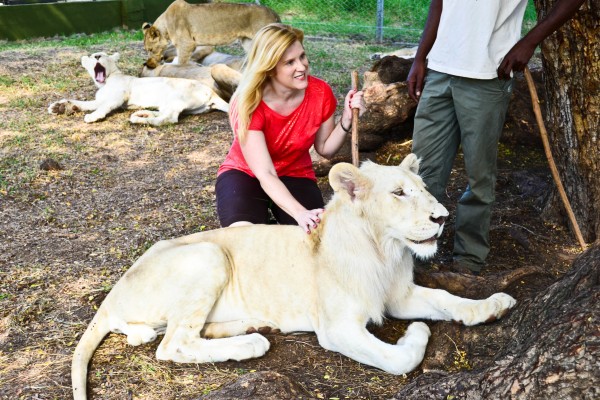 Up Close & Personal with a Lion in Mauritius

Has your quest to visit 100 countries brought you to any unexpected places?

The island of Yap and a lion enclosure in Mauritius. Two places that were not on my list.

Can you recommend any strategies to help me to achieve my goal? (I’ve got 78 countries and 10 years to do it… all with a kiddo in tow!)

Spend a few months in Europe and you can knock out about 20 of those! But seriously, I’d focus on certain regions of the world and cover them thoroughly. You’d be amazed how quickly the countries add up. I’m afraid I don’t have any good tips for doing it all with a toddler – honestly, I can barely get myself from country to country, I have no idea how you do it!

How many countries have you been to? Do you have a goal of how many you want to see? What’s your number one bucket list destination?