1
6
This post may contain compensated links. Please refer to my disclaimer here for more information.

Oh how I long for the days of single, child-free travel!! Lying on a beach, baking in the sun. Jumping on the back of a motorcycle taxi and quickly zipping around a crowded city. Leisurely wandering the streets at night, tasting every morsel of street food and drinking cheap rocket fuel cocktails with other backpackers. As much as I glamourize, in my head, my former life as a solo backpacking girl without a care or a plan of where to next – there are some distinct advantages to family travel. 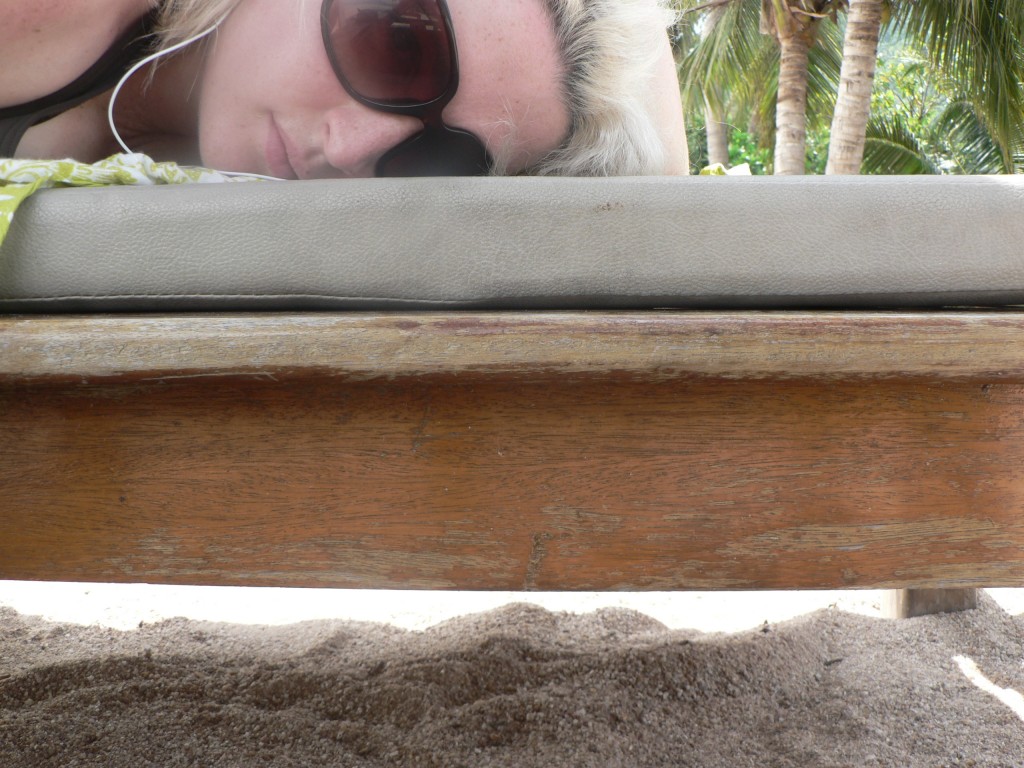 The Life of a Solo Traveller

While I could go on about the benefits of family travel for the child, this post is entirely selfish. I dedicate this solely to the advantages family travel gives to the parent.

It’s easy to ask for a late check-out or early check in. This is valuable. Saving you money on luggage storage or paying for extra time in a hotel room. Saving you precious time spent hanging around an airport with a heavy bag. Instead of the usual 10am check-out, we’ve been given as long as six extra hours in hotels just by saying “We’re travelling with a baby who needs a mid-afternoon nap, can we check out at 4pm?” Who wouldn’t want an extra six hours to explore Singapore instead of sitting in an airport? Checking in early, especially if you’re coming off a night flight or train, is also extremely valuable. Instead of hanging around feeling drowsy and smelly in a hotel lobby or café, we’ve been able to get into our room early, shower and get an jump start on exploring our next city. Even at the notoriously strict Air Asia Tune Hotel, we checked in early. A tired, screaming child running through hotel reception is not something management wants other guests to endure!
You’re allowed to take more stuff on planes. A sealed bottle of water or two is permitted through security if you’re travelling with munchkins. Actually, almost anything is allowed on a plane if it’s for the babe. We’ve travelled with far more carry-on baggage than permitted (even on cheap airlines like Jetstar, Air Asia and South West). Granted most of this was actually for the baby, but nevertheless, it’s saved us money on checked baggage fees. Infants almost always get the same checked baggage allowance as the adult they’re accompanying so if you’re on a full-service airline that means an extra 23kgs of luggage. This makes a huge difference especially if you’re travelling heavy, relocating for a few months.
You’ll get priority for extra seats on a plane too. We try to check-in online and then arrive at the airport early. Get in first with the check-in staff and find out how full the plane is. Ask them to block of extra seats for you if it’s not full. Ask the staff onboard the same thing once you’re in you’re in your seats. We’ve often been moved to have a whole row to ourselves… each. That’s six seats instead of the two we paid for! Even on Air Asia, this works. Don’t pay an extra $30 for hot seats, just wait til you’re onboard and ask for them for free. Saying you need to lay the child down to sleep is a great reason for them to give you extra space. They don’t want a screaming baby on board and neither do other passengers!
You’re never alone. So many times when I was travelling alone, I felt lonely. It’s not always easy to meet other travellers. You might not be in the mood to sit in a bar for hours, waiting for someone to talk to. A long bus ride is infinitely more enjoyable if you’ve got a husband to snooze on or a son to play games with. The biggest thing I struggled with when travelling solo was eating alone. Dining quietly at a table for one felt very odd. I’d usually bring a book of puzzles – if I didn’t, I’d get bored but if I did, other travellers were less likely to approach me as I was busy. Granted there are many times when travelling with my family that I’ve felt desperate for an hour to myself. I value my alone time a lot more now that I’m a mother.
Seeing the world through the eyes of a child makes you feel alive. Feeling like a child again as your bury your legs in the sand on a beach or discover the taste of an exotic fruit for the first time. There is joy in the smallest things. Travelling as an adult, it’s easy to get caught up in seeing and doing everything there is in city or country. Travelling with a child forces you to slow down, soak up your surroundings and meet people along the way. A genuine interaction or experience is more of a lasting memory than traipsing around endless temples, museums and churches.
What do you think? Would you still rather travel alone? Or have a convinced you that their are advantages to family travel for the parents?
If you liked this post, do me a solid. Share it on Twitter, Facebook or email it to a friend.
Recent Posts
Showing 6 comments