You may remember that, when I turned 30 back in 2012, I resolved to visit 100 countries by the time I’m 40. The problem is I’ve kind of been a lazy traveller, choosing to re-visit many of my old favourites such as Thailand in favour of branching out and heading somewhere new. Part of the reason is that, travelling with children, it’s easier to go where you already know the lay of the land. Part of the reason is Lee hadn’t been to many of the countries in South East Asia that I know and love and I wanted him to experience them. Heck, my four year old has already been to Malaysia and Singapore twice and Thailand three times! Another reason my progress towards my 100 countries before 40 goal has been slow was getting pregnant on the road and taking time out to have Hazel. But the second half of 2014 has been very busy for us and I’m making a dent in my goal. 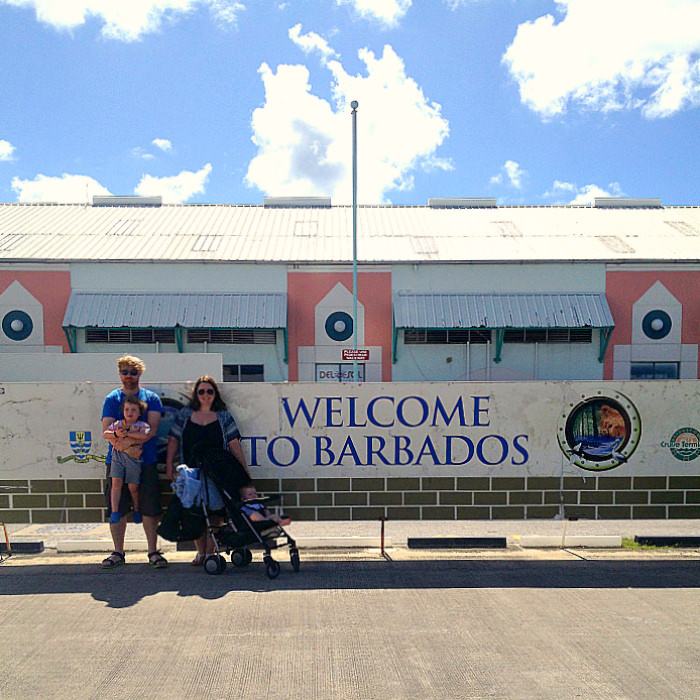 Barbados is the first new country I’ve visited since I made my 100 countries before 40 goal 2.5 years ago! I was really excited to finally be somewhere new. We met up with Charli from Wanderlusters who has made a temporary home in Barbados doing a string of housesits over the last few months. She took us to a lovely beach, we drink cocktails, swam and chatted about travel, blogging and life. I always find it so energising connecting with other travellers on the road. 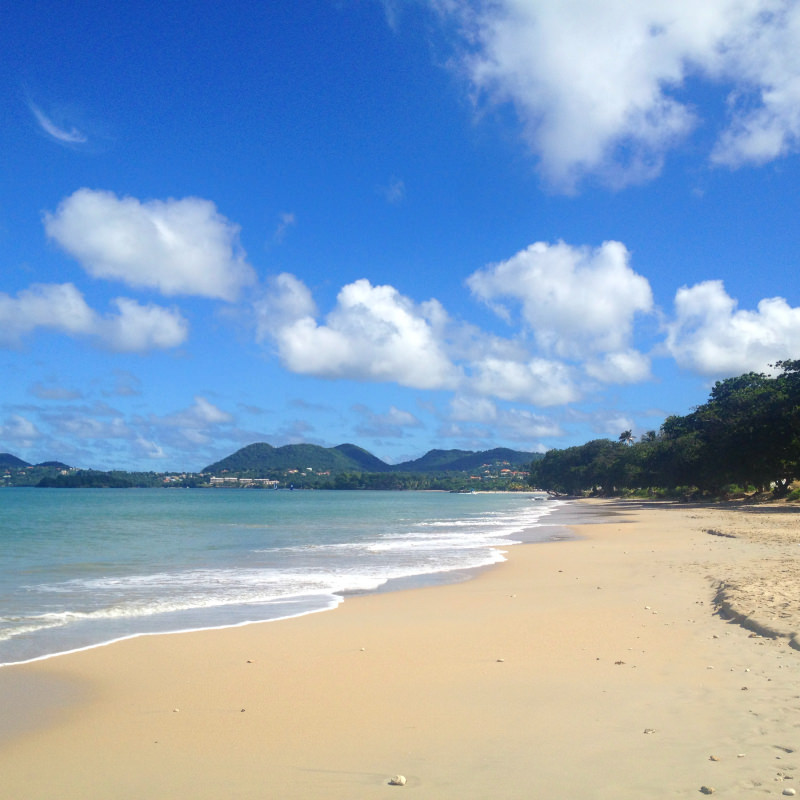 One of St Lucia’s Beautiful Beaches

St Lucia is the most beautiful island of the Caribbean that we visited on our Southern Caribbean cruise. The guide we had was extremely engaging and knowledgable and we enjoyed touring the island, seeing it’s beautiful beaches and lush, green interior. 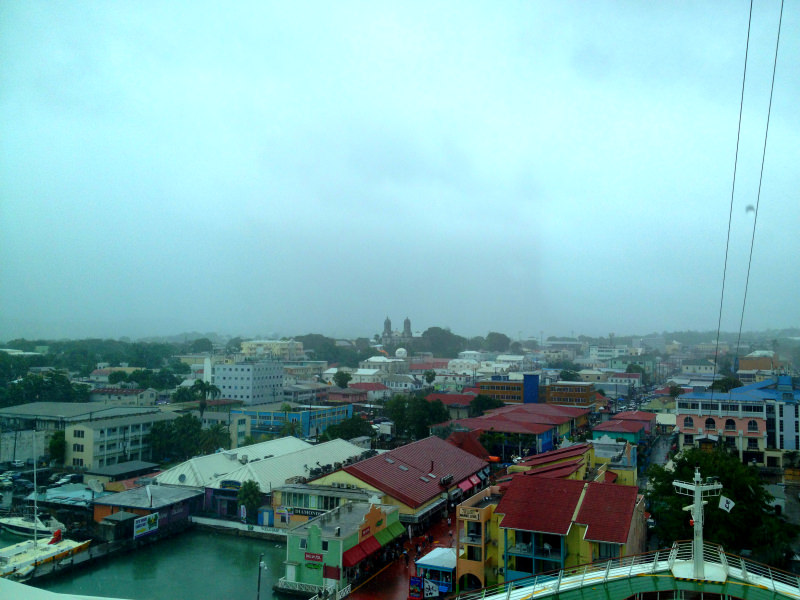 The View of Rainy St Johns, Antigua from Our Cabin onboard Adventure of the Seas

The shortest amount of time I’ve ever spent in one country! We spent about 30 minutes in Antigua on our cruise. It was pouring with rain, we tried to walk around the town of St Johns and enjoy at least some of what this little country had to offer but it was a washout. 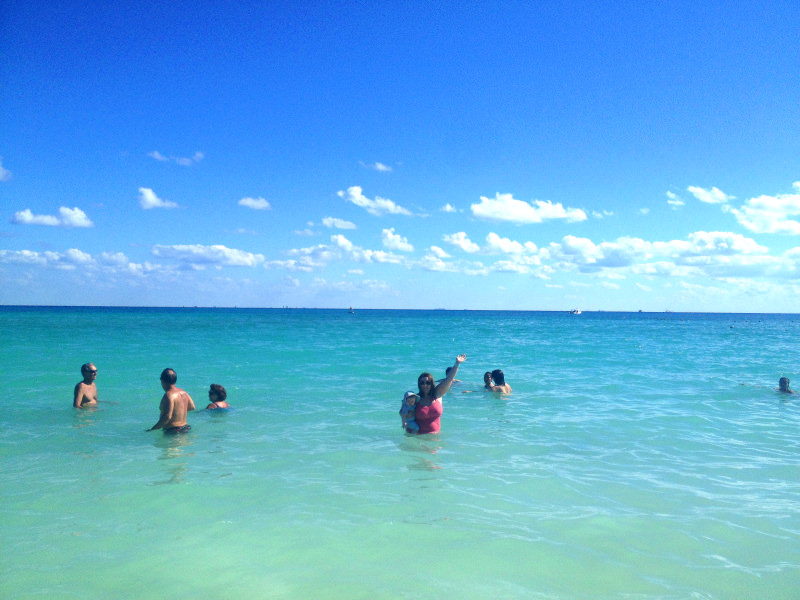 We enjoyed Mexico when we were there but on reflection I don’t think it’s anywhere we would rush back to. There was nothing wrong with it but sometimes you just don’t click with a country. It did however whet my appetite for exploring more of Latin America and I really enjoyed practicing my Spanish.

Interesting fact – Did you know that Mexico is part of the continent of North America? Many people think that North America just refers to the US and Canada but it actually includes Mexico and the Caribbean too. Central America, which is not a continent but is often incorrectly referred to as one, might be a better cultural representation of where Mexico fits as it’s Spanish-speaking and more culturally similar to it’s small southern neighbours than it’s big neighbours to the North. 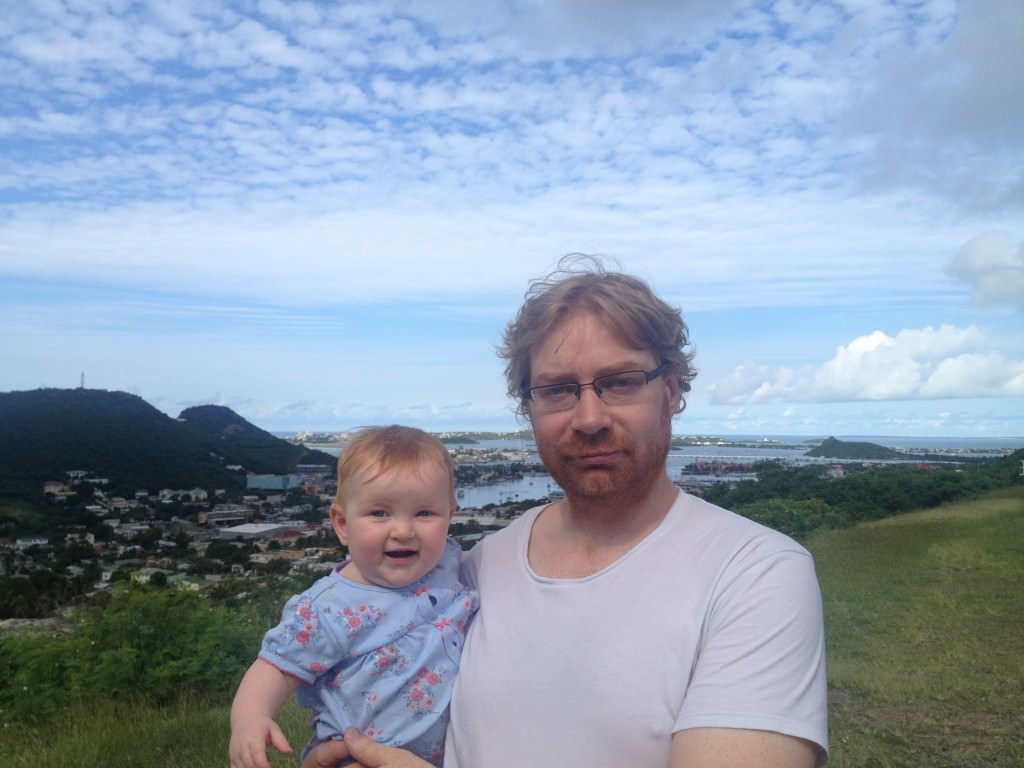 Another of our cruise ports, Sint Maarten is the Southern or Dutch part of the island of Saint Martin and is actually one of the four constituent countries that make up the Kingdom of the Netherlands. If you want to know more about that watch this fascinating Youtube video which explains it way better than I ever could. So technically, this cross The Netherlands off my list of countries to visit.

Add that to my previous total of 22 countries and that takes me to 27 countries.

73 more to go! Sounds like a lot but I’ve got a strategy in place to visit more over the next 7.5 years.

We spent five months travelling in 2014. In addition to five new countries, we also went to some new territories and US states on our travels. 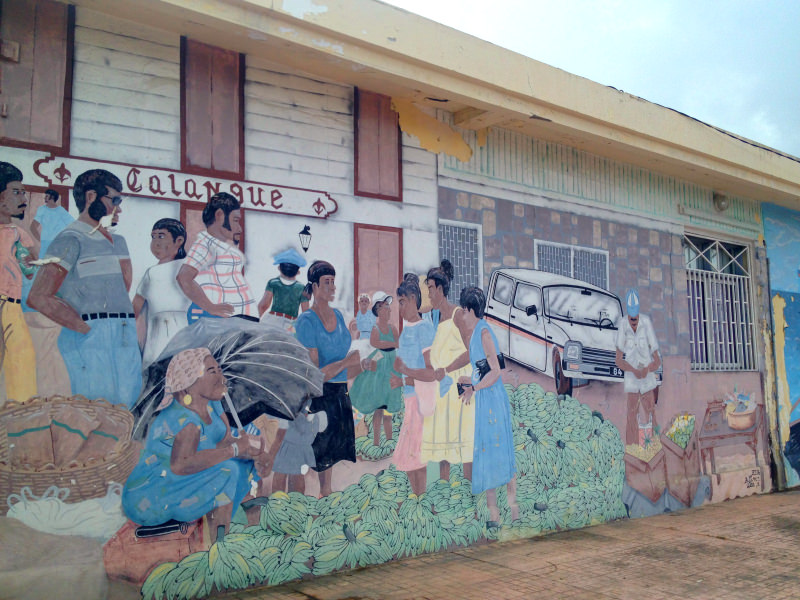 The other part of the island of Saint Martin is the Collectivité de Saint-Martin. Saint-Martin isn’t a country rather it’s an overseas collectivity of France which means it’s French territory and, weirdly, it’s part of the European Union. I guess technically this means that Reuben and Hazel can add France to their list of countries even though they haven’t set foot in Europe in their lifetimes. Confused much?

New US States and Territories

Not only do I want to go for 100 countries, I’d also like to scratch all 50 states from my list, though this is not such a time-bound goal. 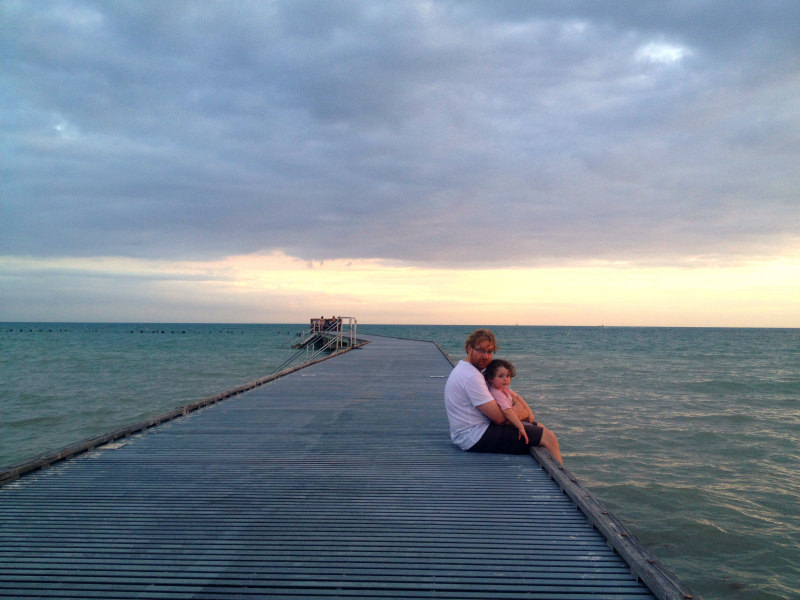 The USA is so diverse! Each state is remarkably different from the next. We started our latest round of travels in Hawaii spending three weeks soaking up the glorious sun, visiting beautiful beaches, climbing volcanoes at sunset but by far the highlight of our Hawaiian adventure was the helicopter tour we took over Kauai. Next we flew to Seattle, bought a car and roadtripped all the way down to Las Vegas. Washington and Oregon were both incredible states full of natural beauty, hip cities and great food. We took a break from roadtripping in Las Vegas and then flew to Florida as a jumping off point for our Southern Caribbean cruise and Mexico trip. 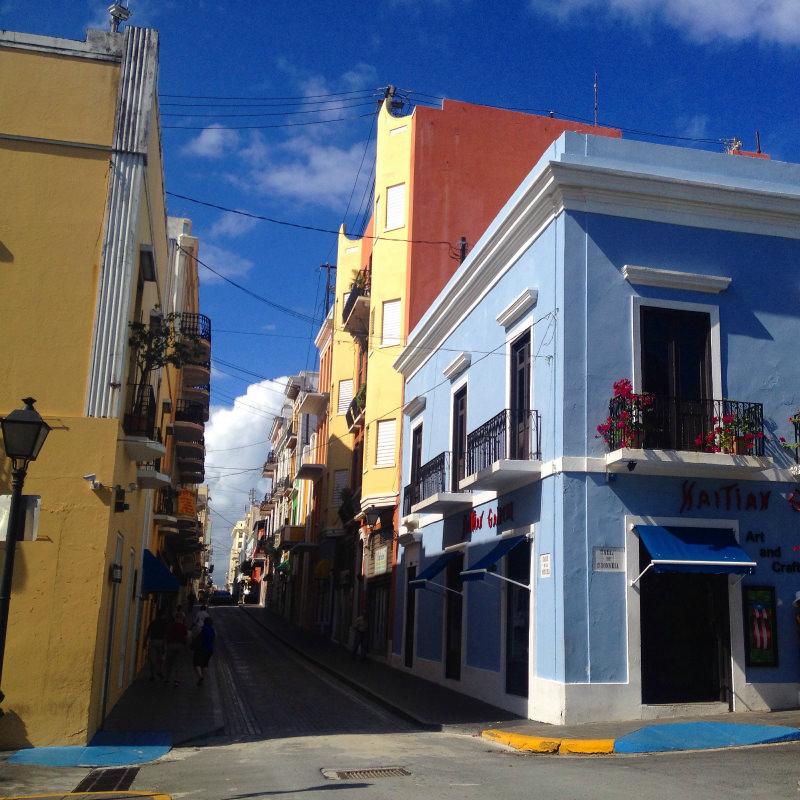 Did you know that Puerto Rico is NOT a country? I didn’t! I knew it had been somewhat assumed by the US but I thought it was a recent thing and Puerto Rico had been it’s own country at some point in the last few hundred years. Not so! We learnt during our time in Puerto Rico that is was an important strategical island for sailors and traders as it was the first island in the Caribbean with fresh water that European sailors reached after crossing the Atlantic. First Spanish and

It must be so weird living in one of these places which are not considered states but are considered US territories. It almost feels a bit like they’re a no-mans land, like the should be countries as they are so culturally different from the contiguous states, but they’re just not quite. Puerto Ricans definitely have their own identity. 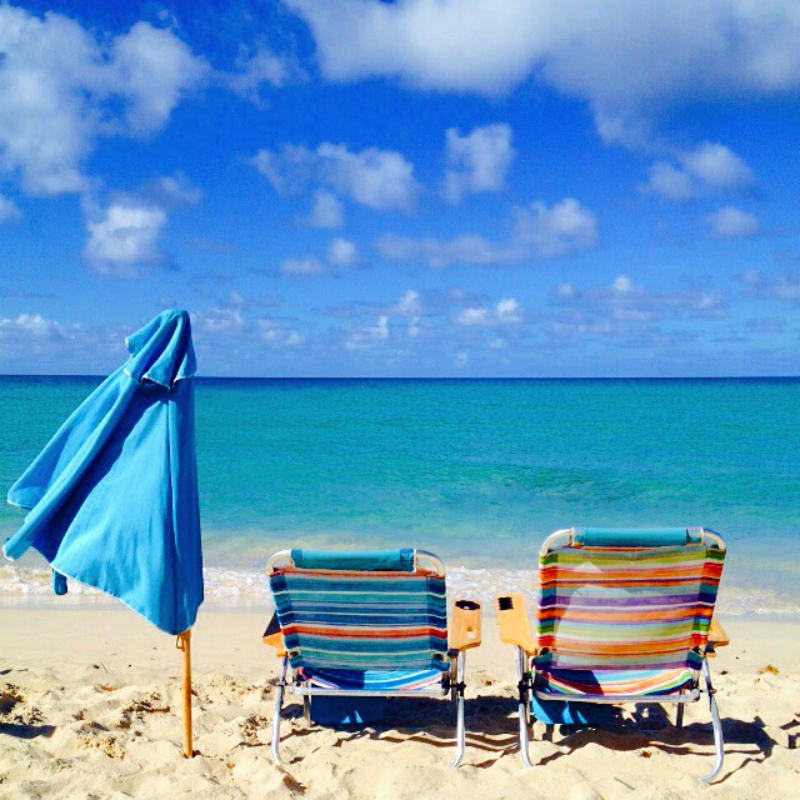