0
7
This post may contain compensated links. Please refer to my disclaimer here for more information.

Those who have been following this travel blog for a while now will know that, when I turned 30, I resolved to visit 100 countries by the time I turned 40. At the end of every year I do a progress update on my 100 countries before 40 goal.

Why 100 countries before 40? When I turned 30, I realised that despite having travelled frequently for almost 10 years, I’d only been to 22 countries. I’d gotten into the (bad) habit of just going to places I already knew I liked, such as Thailand and Italy.

Travel is a huge priority in my life and my intention is to grow  from my travels. It made perfect sense to me define my goals of personal growth through travel. I also love a challenge and setting a lofty goal helps keep me on track, fuel my adventurous spirit and push me to travel further. 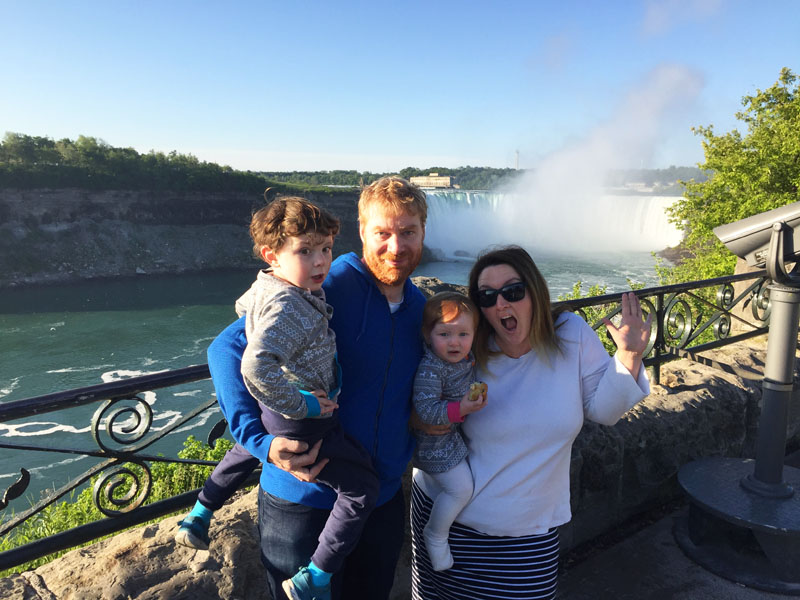 We spent almost three months of 2015 in Canada visiting Toronto (which we hated!), Niagara Falls, Wolfe Island, Kingston, Ottawa and Montreal. We spent seven weeks in Montreal over the summer to take a break from travel. We didn’t love the city initially, for the first two weeks we thought it was pretty weird, but it really grew on us and by the end of our time we found ourselves thinking we could live there! 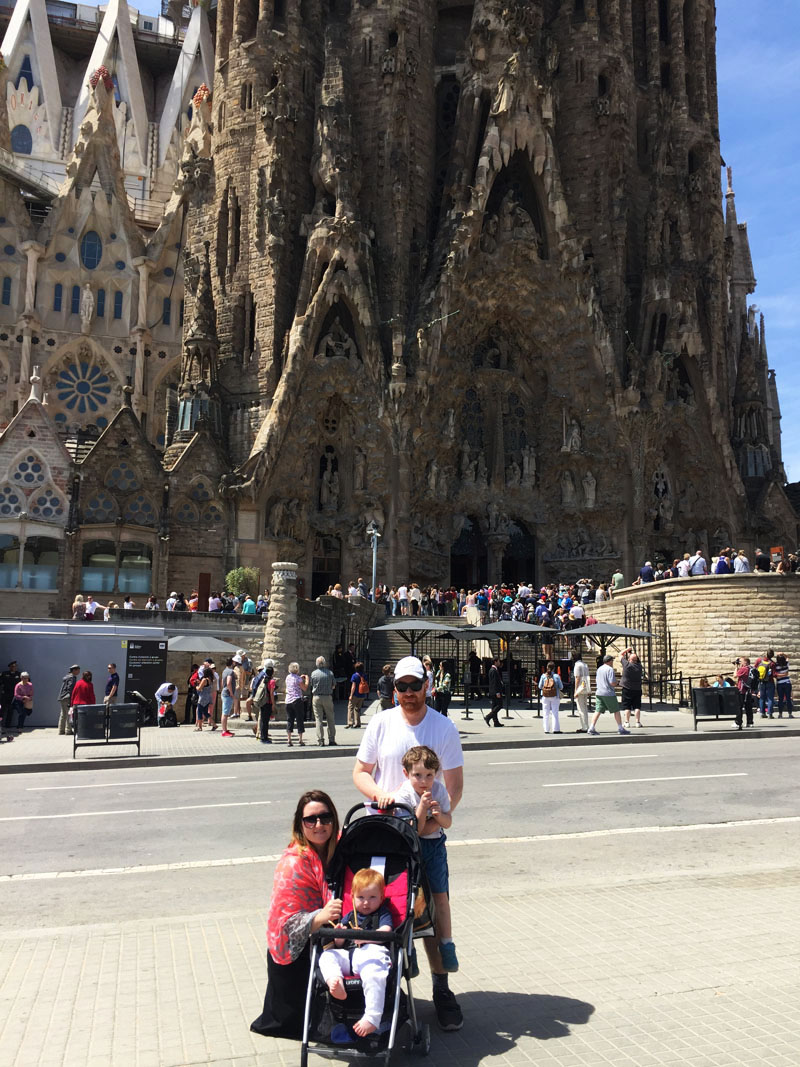 OMG. Spain. How did I live in Europe for 2.5 years and never visit you??? Spain is my new favourite country in Europe. (Sorry Italy.) We absolutely loved the 10 days we spent in Spain. We split out time between Lloret de Mar on Costa Brava where I attended a conference and Barcelona. What a city Barcelona is! We did a food tour, wandered the city, marvelled at Gaudi, drank cava and ate a shit tonne of tapas. 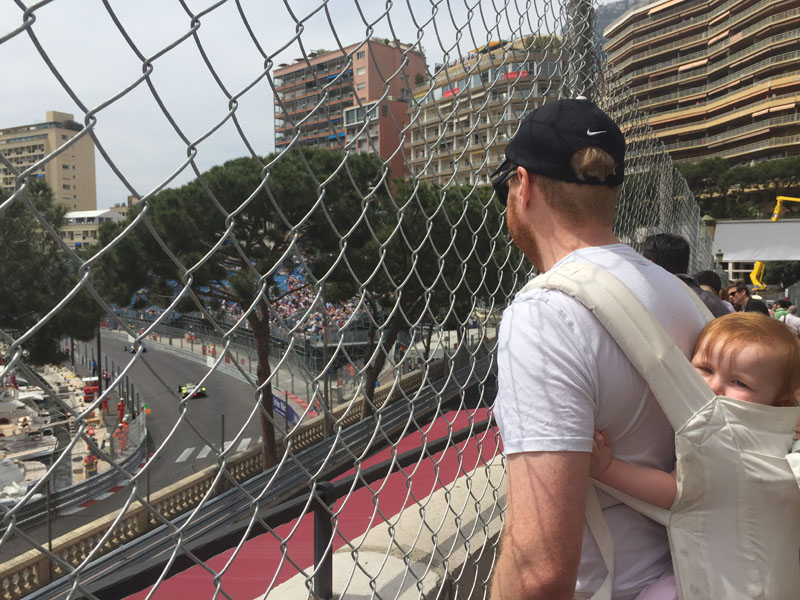 Watching the ePrix in Moncao

Monaco. So small that I initially forgot we’d even visited when I was drafting this post! We spent four nights in charming Nice on the French Riviera and paid a visit to Monaco as a day trip. Our visit coincided with the ePrix – an event that precludes the famous Monaco Grand Prix but is run with electric cars. 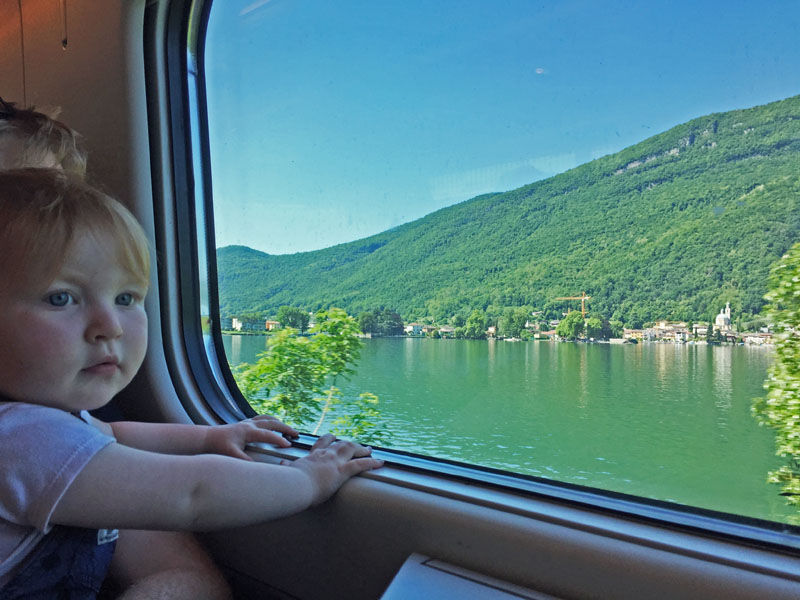 Hazel Watching Switzerland Roll By on the Train 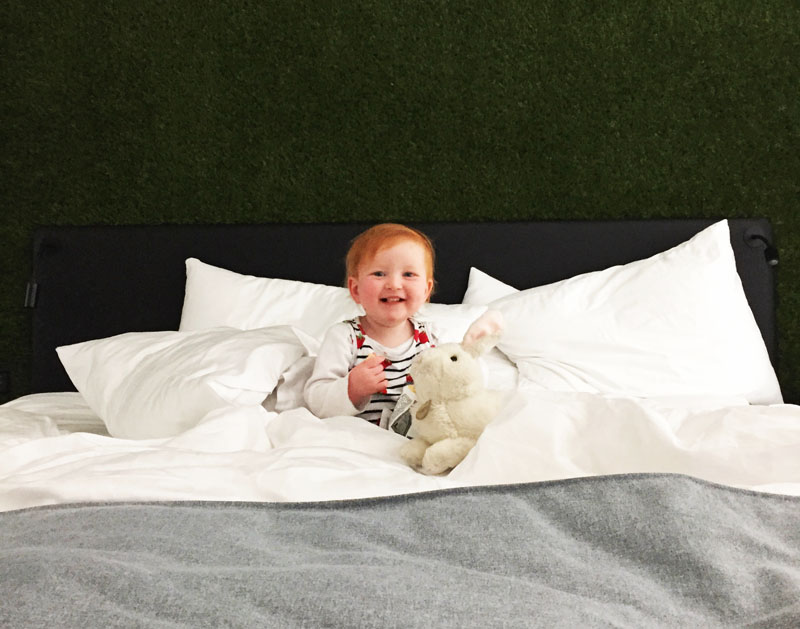 Hazel Sitting in Bed at Our Swiss Hotel. One of my favourite pictures of her from this year!

We had big plans for Switzerland as part of our five-week itinerary in Europe but it just didn’t happen. We were even going to squeeze a side trip to Lichtenstein add in one more country. The days we’d allocated to Switzerland gradually got chipped away and given to other places like Lake Como and Luxembourg. I’m really glad we only ended up spending two nights in Zurich because we loved those other two places. I really don’t feel like we visited Switzerland at all. We spent our two days recovering from too much fast travel. We holed up in a fabulous hotel, ate room service ($100 for two burgers, french fries and one bowl of spaghetti) and bought a lot of chocolate from the supermarket. 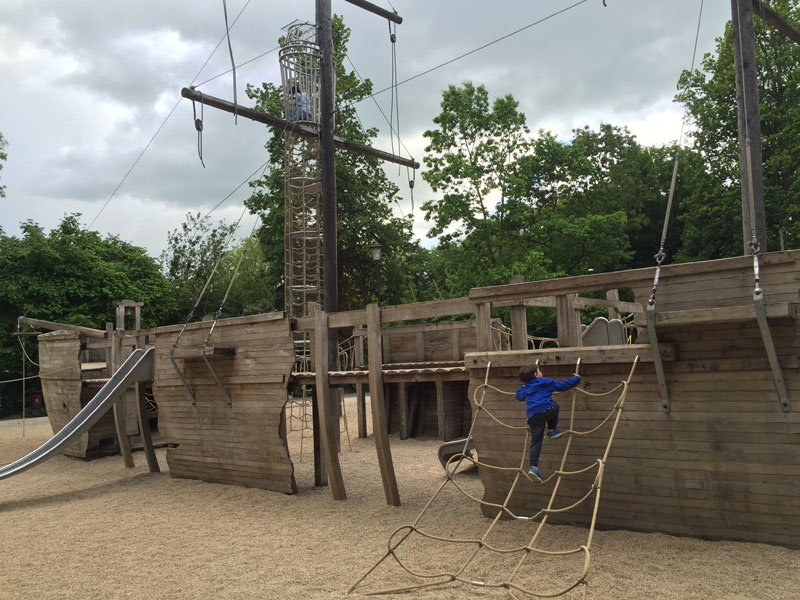 We found one of the best playgrounds in the world in Luexmboug City. 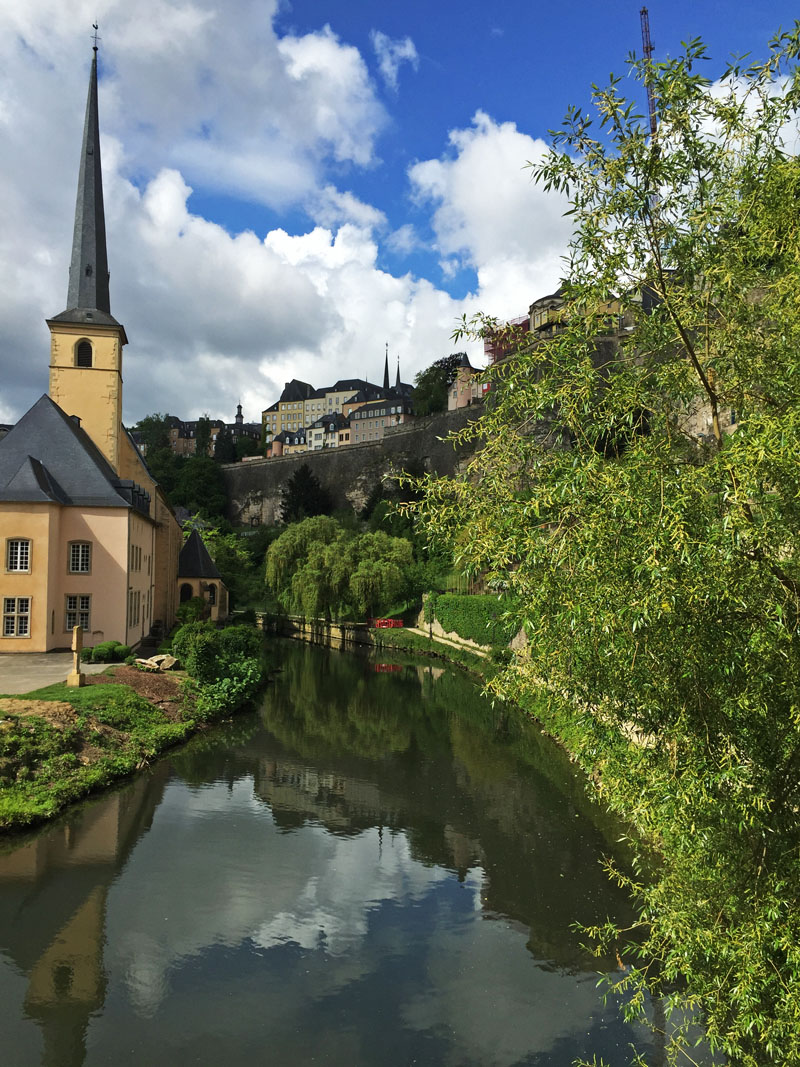 Luxembourg was a real surprise. We squeezed it into our Europe itinerary and gave ourselves just two days to see the capital city. It was worth it. Luxembourg City is very pretty indeed. We also found one of the best playgrounds in the world in Luxembourg City so, bonus! 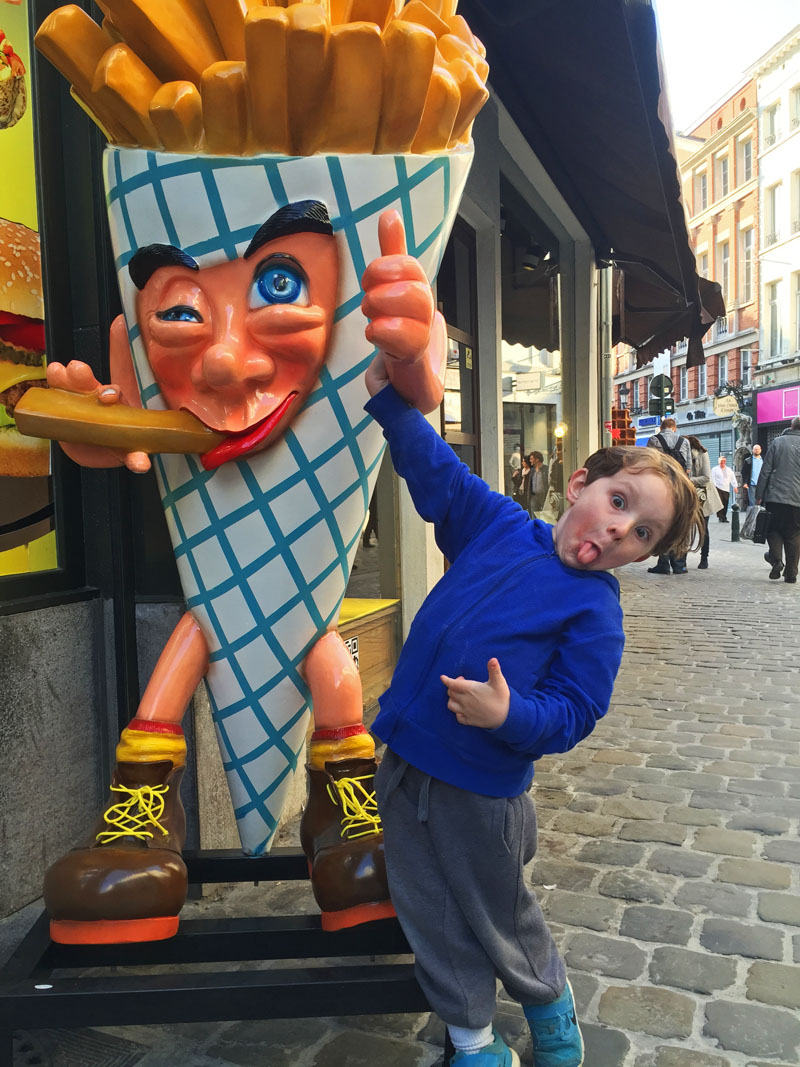 Reuben Getting Silly with French Fries in Brussels 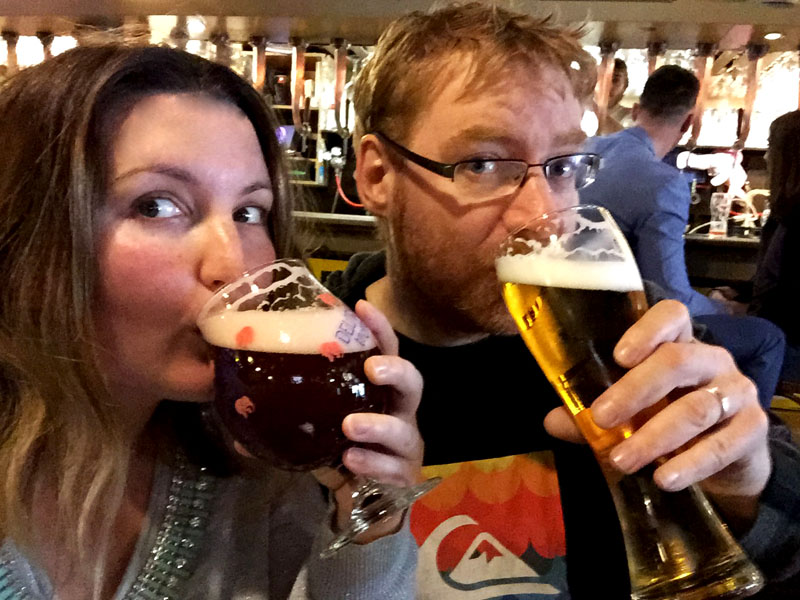 Sampling the Beer at Delirium in Brussels

Three nights in Brussels is all we had time for and it’s all we really needed. We had a great Airbnb apartment right in the centre of Brussels, walking distance from all the main attractions. We drank beer at Delirium, which has more than 3000 beers on offer including a delicious and potent cherry beer. We ate fries with crazy sauces and picked up a waffle every time we walked past a waffle shoppe. 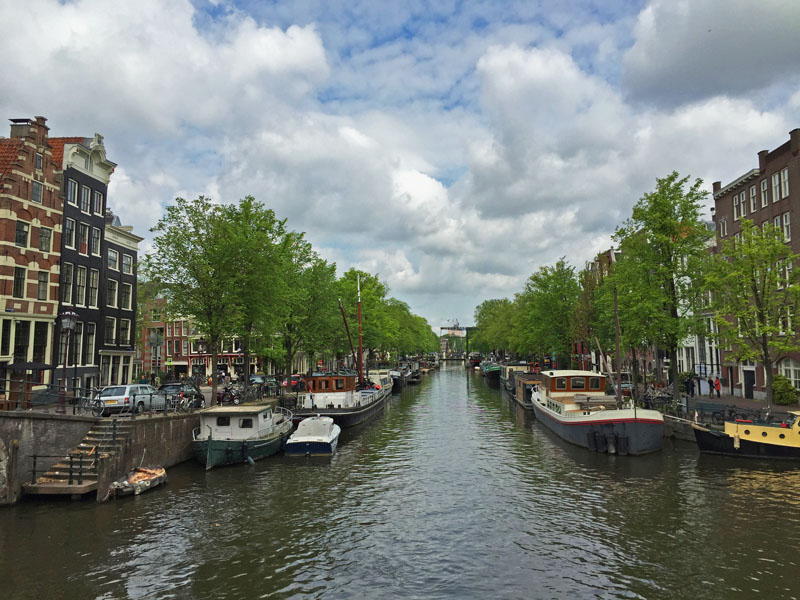 One of Amsterdam’s Beautiful Canals 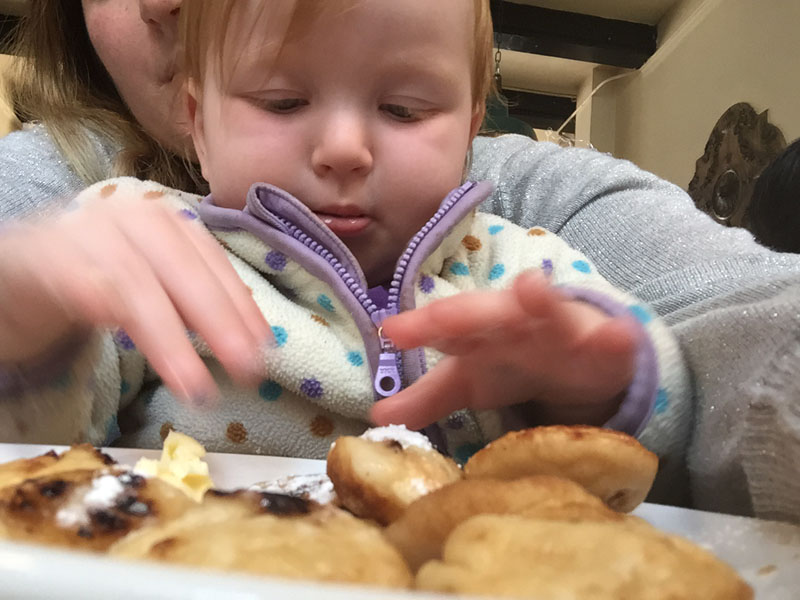 Hazel Enjoying Her Poffertjes in Amsterdam

So, technically we’d already been to The Kingdom of the Netherlands when we visited Sint Maarten on our cruise last year. (This YouTube video explains the difference between The Kingdom of the Netherlands and Holland.) However, we went to Amsterdam making our visit to The Netherlands complete in my eyes. We loved Amsterdam! It was such a cool city. The canals, the bikes, the friendly people. We had amazing food in Amsterdam. Dutch food is surprisingly good as we discovered on our food tour. Not only that, there is amazing Asian food in Amsterdam… Japanese, Chinese, Vietnamese. Again, I could live in this city! 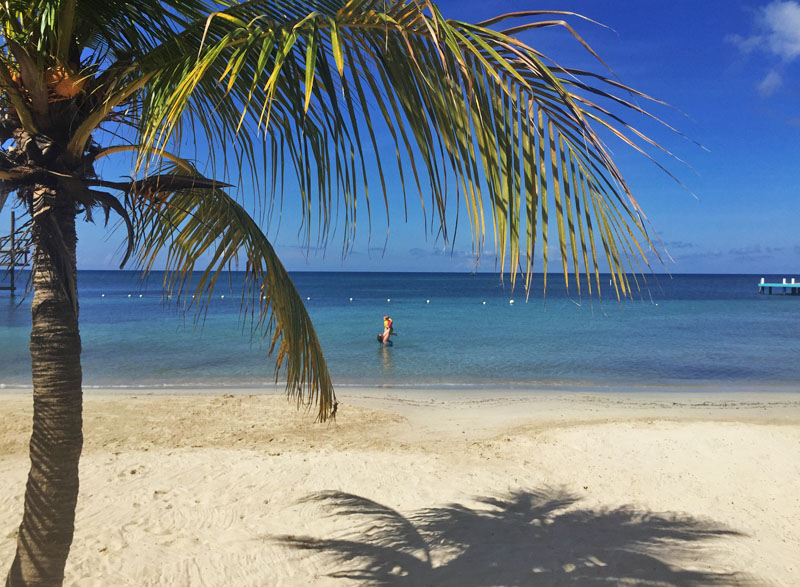 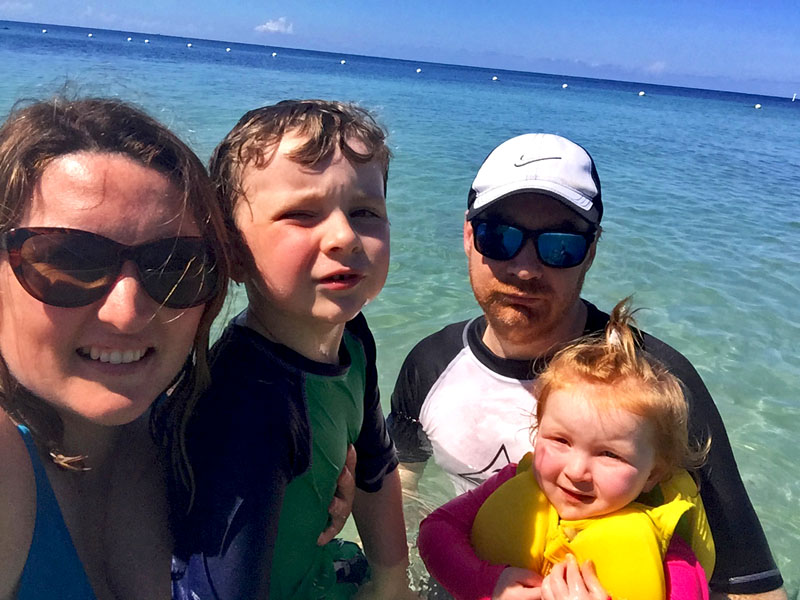 Trying to get ONE family shot while we’re all in the ocean!

We booked a Caribbean cruise on a whim when we were in Florida and ended up on the island of Roatan which is part of Honduras. What a beautiful little spot! We took a taxi to a beach first thing in the morning. Rented beach chairs, drank rum cocktails and swam in the ocean. Life doesn’t get much better than that!

Seven new countries isn’t bad considering we spent most of the year road tripping around the United States and Canada.

Add that to my previous total of 27 countries and that takes me to 34 countries. 66 more to go! Sounds like a lot but I’m only 33.5 years old now so I’ve still got 6.5 years to chip away at my goal of reaching 100 countries before 40. Aiming for 10 countries a year isn’t too extreme.

Aside from these new countries we also travelled in the US, France, Italy and Mexico. That means our family travelled to 11 countries in 2015!

I’ve started a page in our about section to record the country counts for Reuben and Hazel. You can read it here. 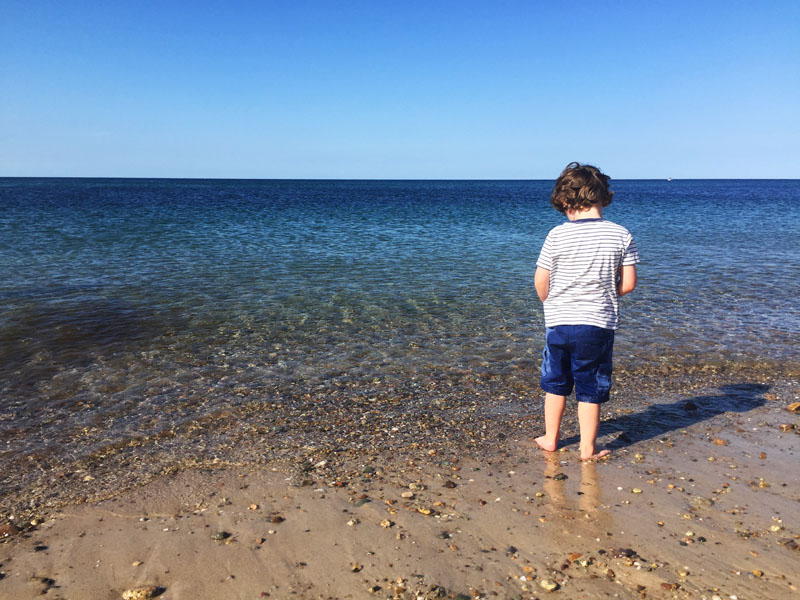 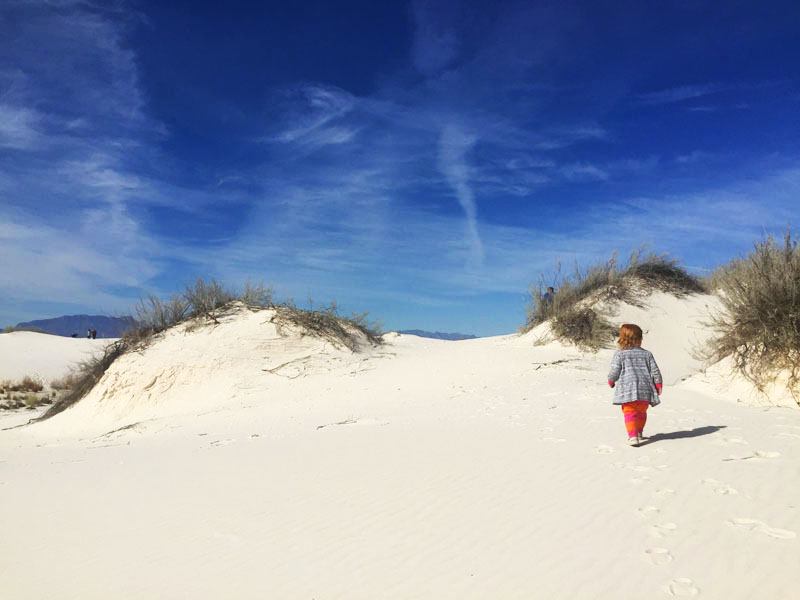 Hazel at White Sands National Monument in New Mexico. We only ended up here because of our flexible travel plans!

(*Just me. I went on a solo trip to BlogHouse in Milwaukee and left the family behind in Canada.)

I hope you’ve enjoyed reading about our travels over the past year on Flashpacker Family! See you in 2016!