0
3
This post may contain compensated links. Please refer to my disclaimer here for more information.

Penang is the island you come to when you don’t feel like being on an island. It has all the amenities of a big Asian metropolis but is compact, charming and diverse. Penang is a place where cultures and times somehow blend. Crumbling old colonial buildings sit below super modern skyscrapers. There are a mish-mash of mosques, Hindu and Budhist temples. The Islamic call to prayer adds a certain exotic-ness to it all. 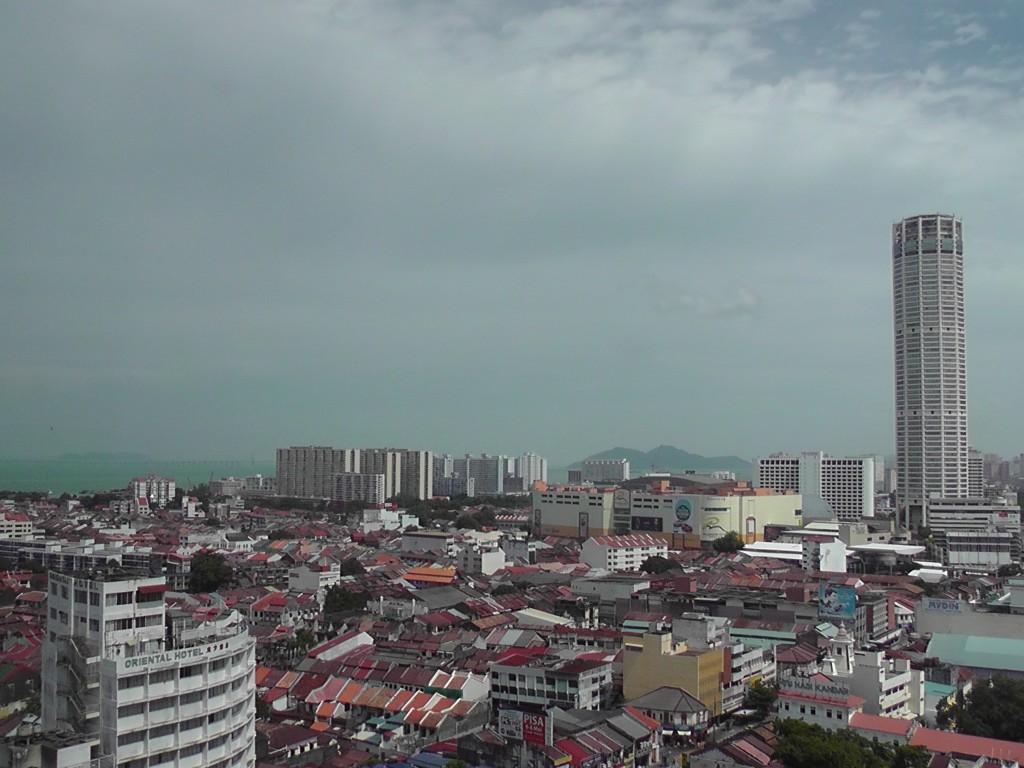 Penang from Our Hotel Room 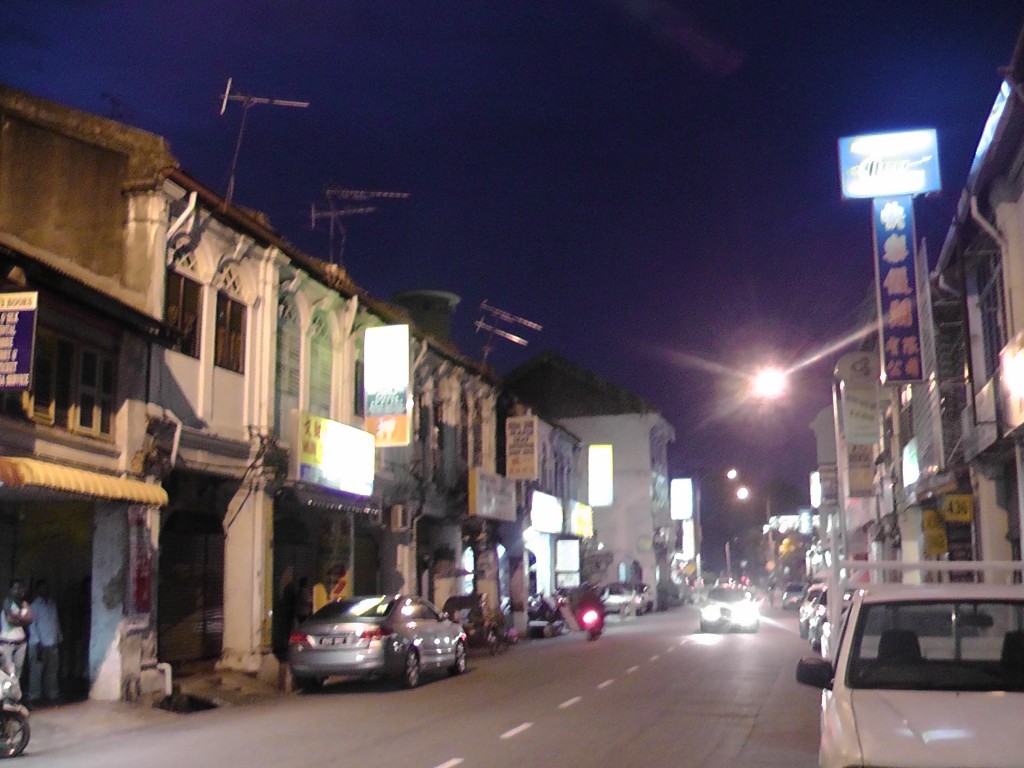 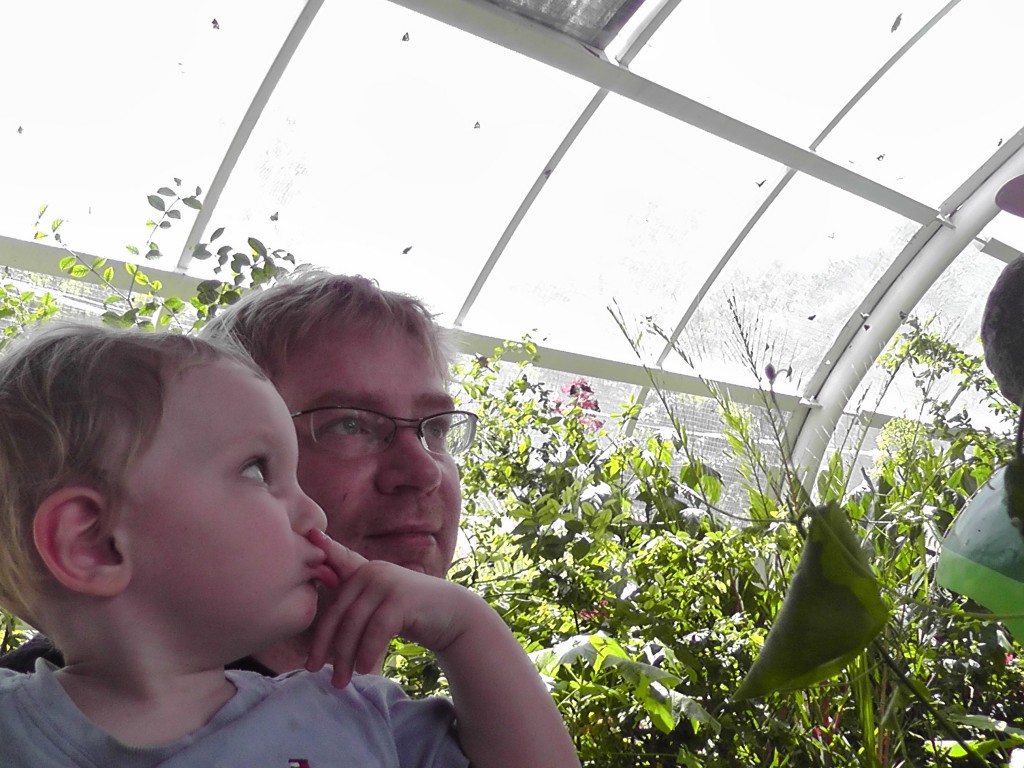 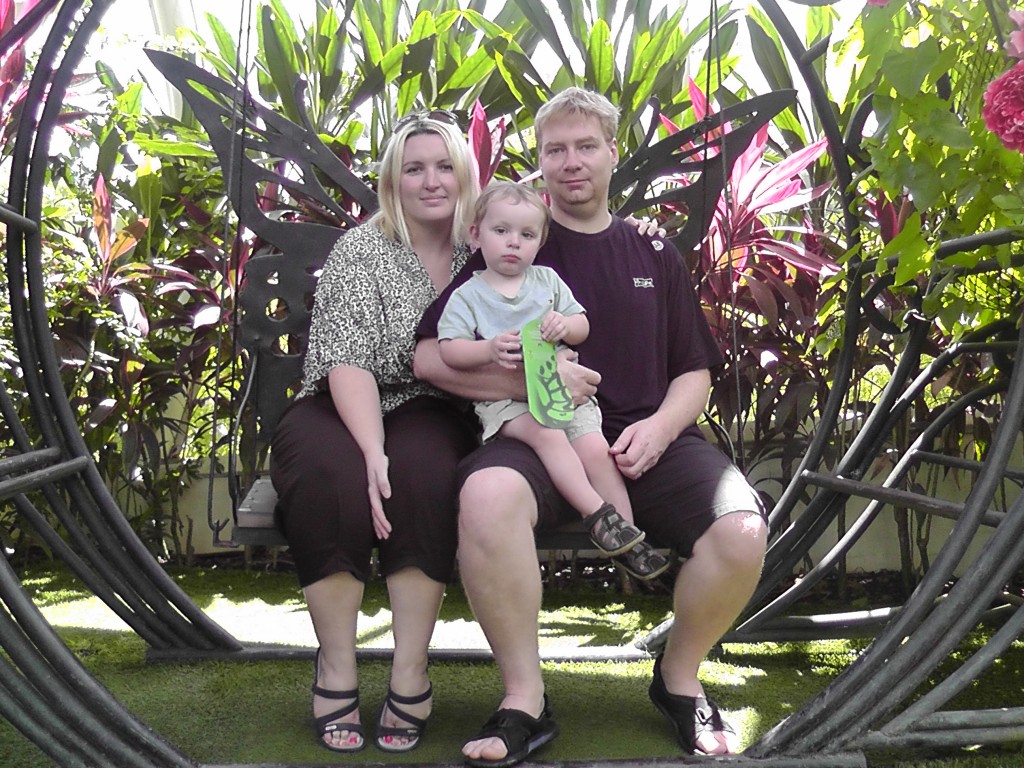 Family Photo at the Butterfly Garden

There is a fair amount of touristy activities to do in Penang. Although we had a week here, after the first few days convalesing in our hotel room, we didn’t get up to too much. We did take a lovely excursion out to the Penang Butterfly Garden (which I covered in a previous post). Thanks to another travelling family we found the Penang Youth Park which was a great spot to release some energy and play in an actual playground! We got a fantastic charicature of Reuben done one evening on Gurney Drive. The artist couldn’t get Reuben to look up long enough to sketch but proclaimed that Lee were almost identical so drew mostly from him. It’s the cutest little picture! I’ve posted it on Facebook so come on over and like our Facebook Page. Here’s the link – Flashpacker Family on Facebook. 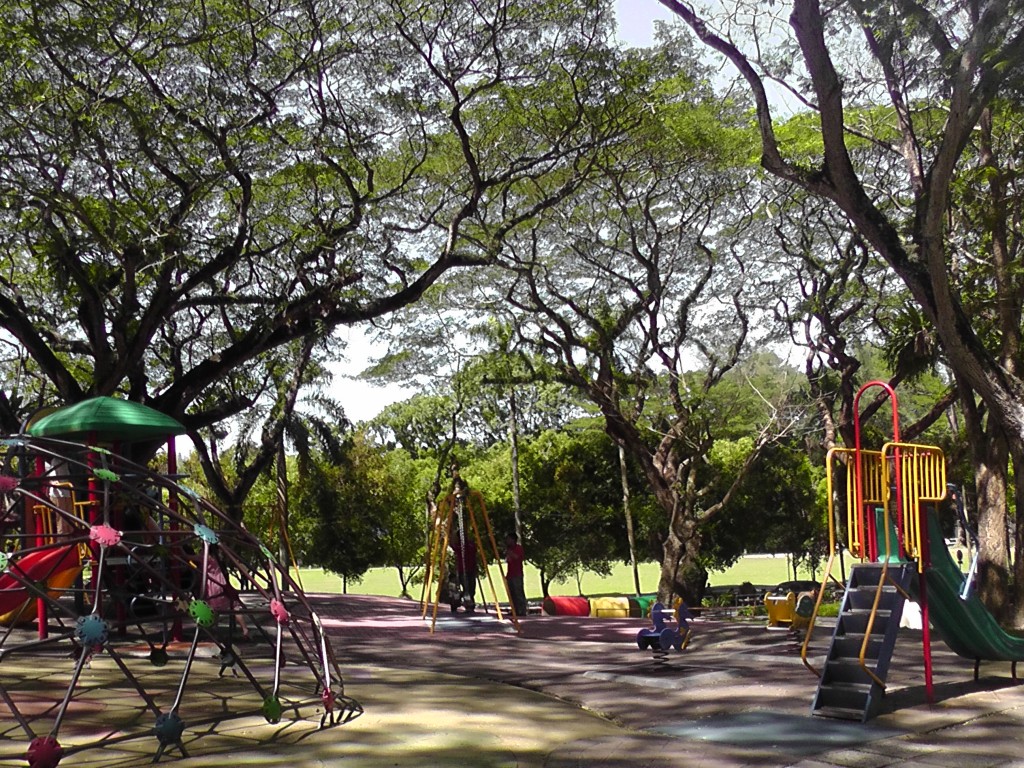 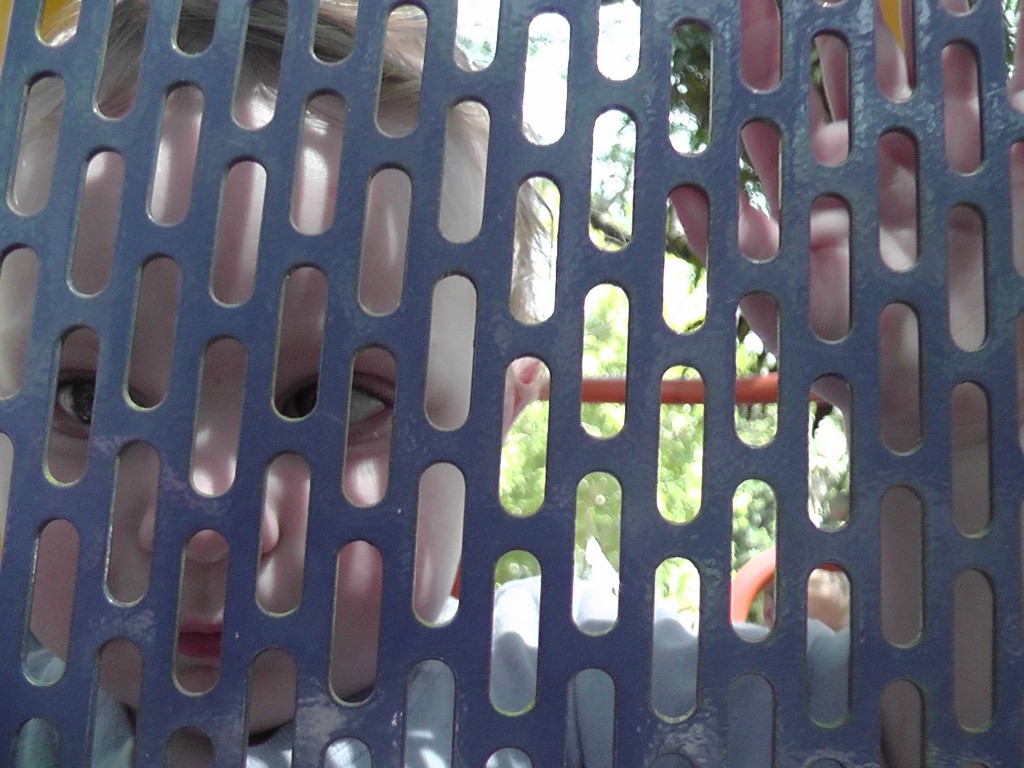 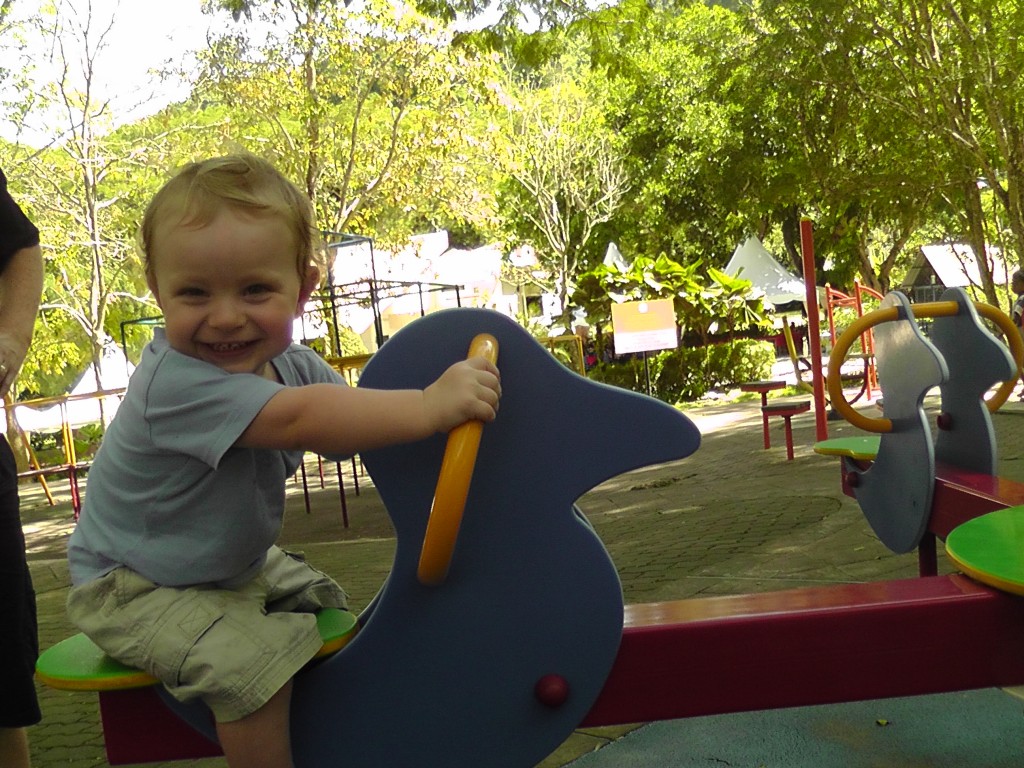 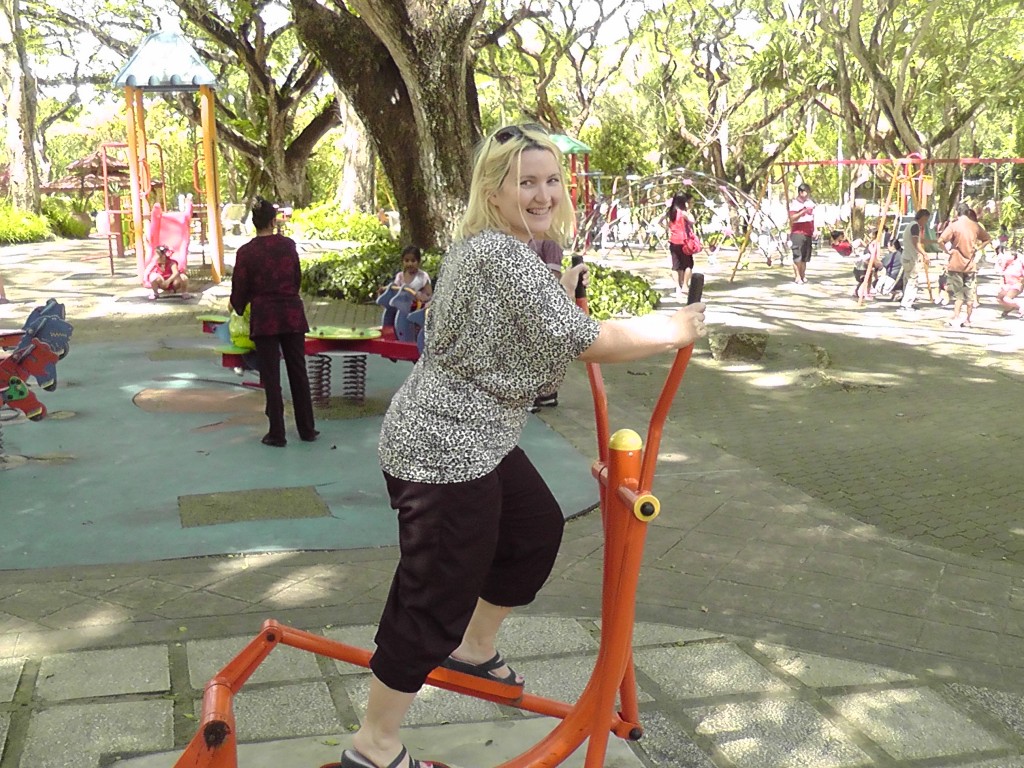 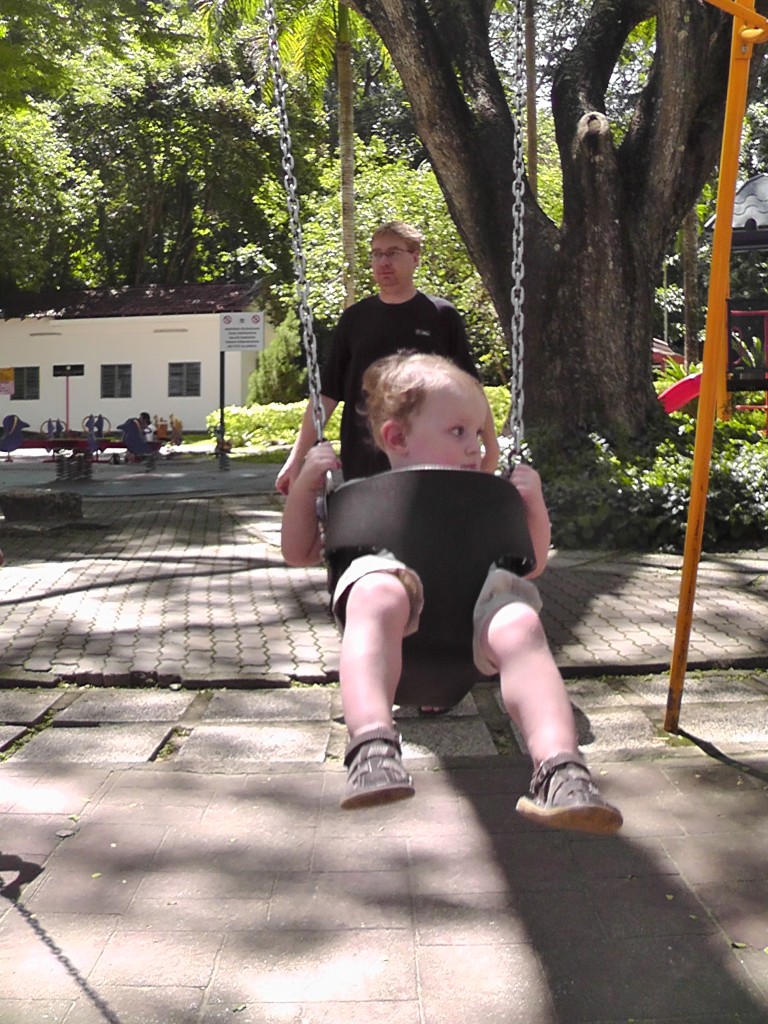 We did a lot of eating out in Penang. We were excited by the prospect of a new cuisine and had heard good things about Penang’s food scene. See what we thought about food in Penang in this post.

We also at several buckets of movie popcorn. Penang is spoilt for choice when it comes to movie theatres and malls. There are several big mega-malls with endless floors of expensive shopping. We saw two and a half movies. Men in Black III 3D, Prometheus and half of Snow White and the Huntsman. We schedule our movie-going in with naptime which usually works. Reuben watches the first half an hour of the movie while eating some popcorn then snuggles down with blankie and has a nap while we watch the rest of the movie in peace. It’s a good system… when it works. He woke up at the worst possible time during Prometheus and I had a hard time sheilding him from the only gut splattering scene in the movie! After one third of Snow White we had to make a quick exit because he was being overly whiney and couldn’t get to sleep. 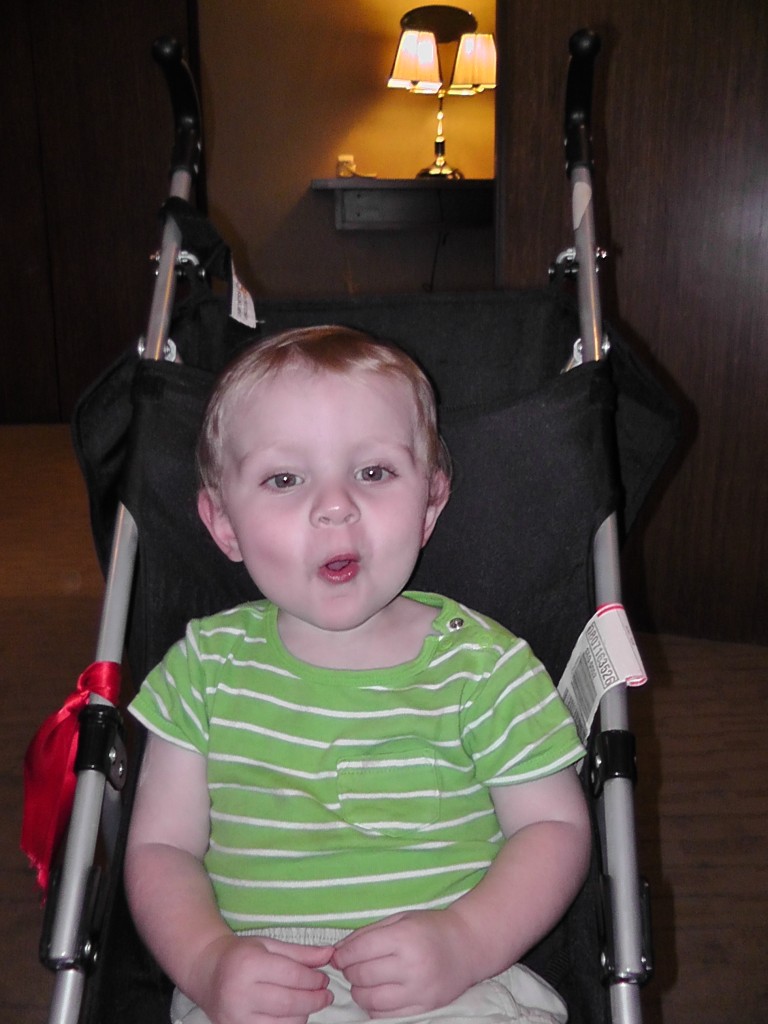 Waiting Patiently for an Outing

Reuben’s behaviour has been much better in the last few weeks, especially considering the amount of physical travel he’s had to put up with. His language skills continue to grow immensley. He’s recognizing so much and seems to come up with words out of nowhere. We walked into our hotel room to find a plate of fruit on the table and he walked up to it and, without prompting, proclaimed “nanana…. appoo….”. Lee and I just about fell off our chairs! He is not one for eating fruit but that hasn’t stopped him for somehow absorbing the words for fruits. He’s also now learnt that language can be used for making demands. When he’s hungry or bored and wants to get out and explore, he climbs into his stroller and commands “shoe, shoes, shoes, shoes. on, on, on, on.” 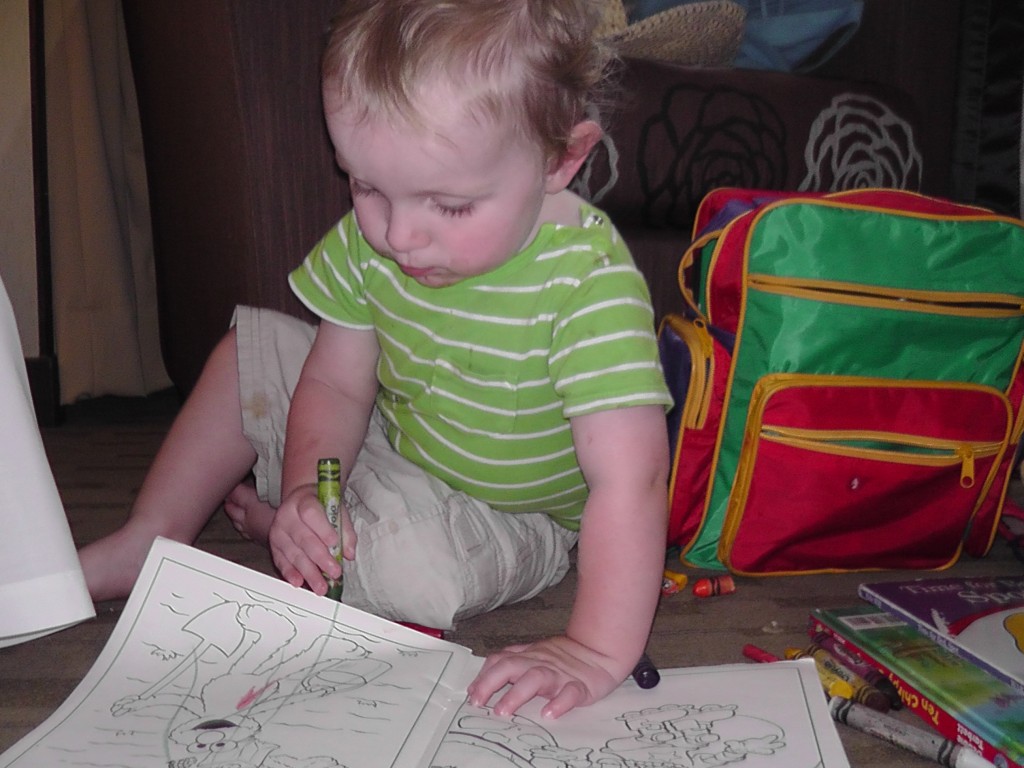 We splurged on a nicer hotel in Penang. After one night at Traders which wasn’t worth the staggering cost, we moved to the Cititel which was great and reasonably priced. The hotel was packed with Chinese Malaysian business men who love to smoke everywhere which was the only unpleasant thing about the place. It didn’t come up in my searches online because I was looking for a place with a pool. It actually has a large, cold Jacuzzi which was just as good as a pool. Staying in a more expensive hotel meant we spent a bit longer in our room relaxing which definitely took the pressure off having to amuse Reuben every minute of the day. Give him a torch and turn out the lights and he’s happy! It also meant Lee felt more comfortable and was in a better mood. For me, it meant I had to wash our clothes by hand in the tub (and dry the occasional item with the hairdryer). It would have been cheaper to buy new clothes than have them washed at the hotel!! 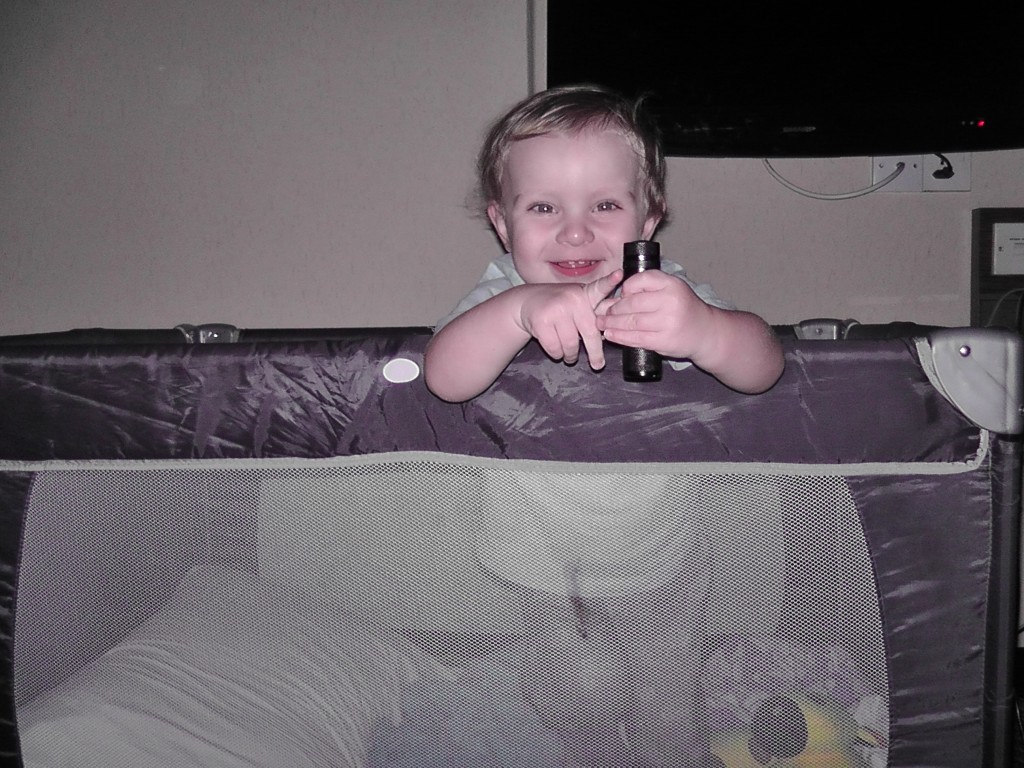 How to amuse a toddler in a hotel room – Turn out the lights and give them a torch! 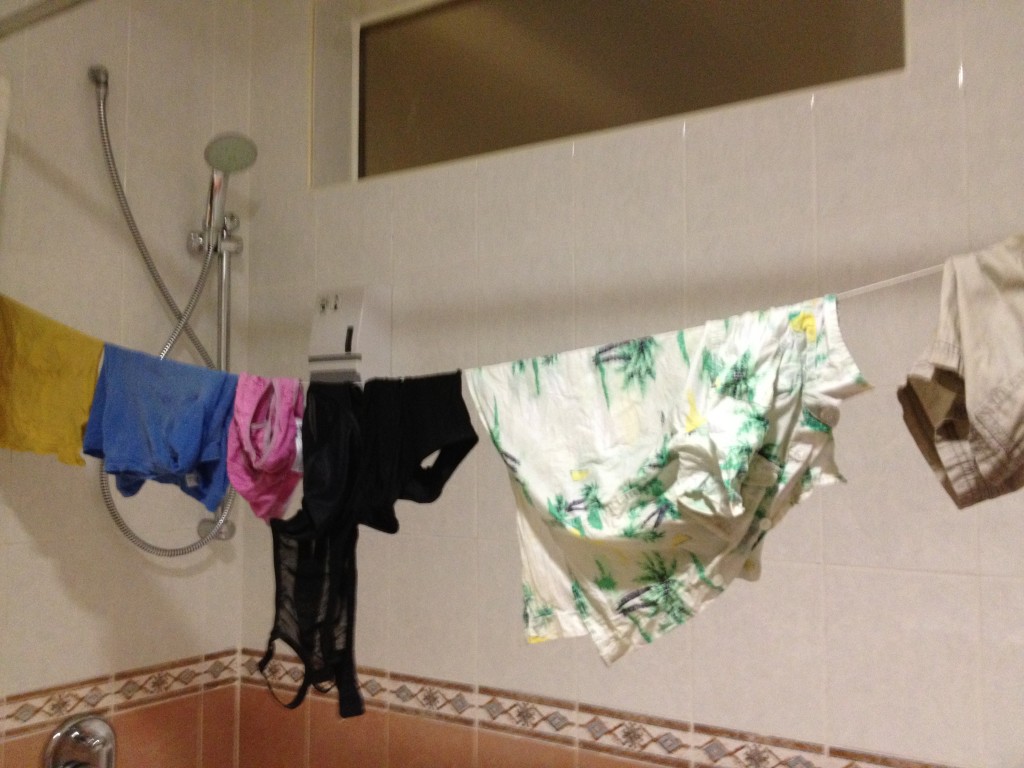 The life of a travelling Mom - Doing laundry in a bathroom! 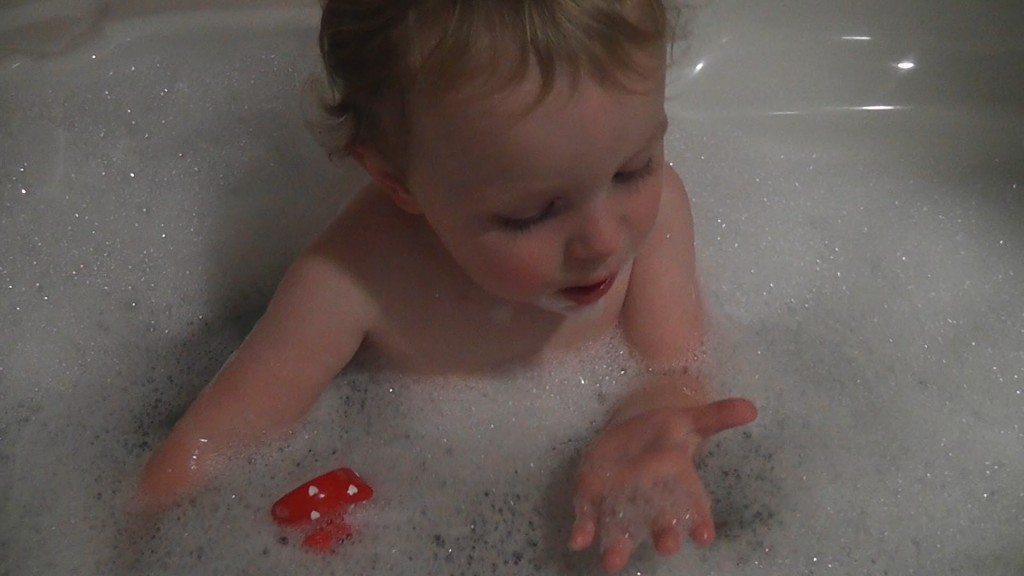 Enjoying a Bath (After a Long Time Without One!)

I know it’s been a longtime between posts. I basically had to give up blogging while we were in Malaysia due to slow, expensive internet. I’m not going to pay 40 RM (NZ$20) per day to use the internet! We’re now home in NZ so I’ve got plenty of time to get up to date with my blogging.

I don’t think I had appreciated how time consuming blogging is. It takes me at least a couple of hours, if not a whole day, to construct each post, select photos and get everything online. Blogging and travelling at the same time are not easy. Throw a demanding toddler into the mix and it’s near on impossible.

By not blogging during the last few weeks of our trip I think I actually enjoyed the travel more. Less pressure and more time to sit back and enjoy what we were actually doing. That doesn’t mean I’m going to give up on blogging. It just means I need to plan how I’m going to manage travelling and blogging a little better. I also hadn’t realised that quite a few bloggers travel first and blog a few weeks or more in arrears.