1
6
This post may contain compensated links. Please refer to my disclaimer here for more information.

On our last night in Nakhon, we stumbled across an outdoor fairground. It was a little beaten up but the rides were cheap and toddler-appropriate.

The whole thing was a bit “North Korean” – set up from a large amount of people but virtually empty. Actually, the whole of Southern Thailand feels a bit that way to us. It’s becoming a bit of a running joke. Everywhere we go feels deserted. We’re usually the only people enjoying facilities set up to cater to the masses. We have rarely seen any foreigners in the week we’ve spent the these Southern provinces. 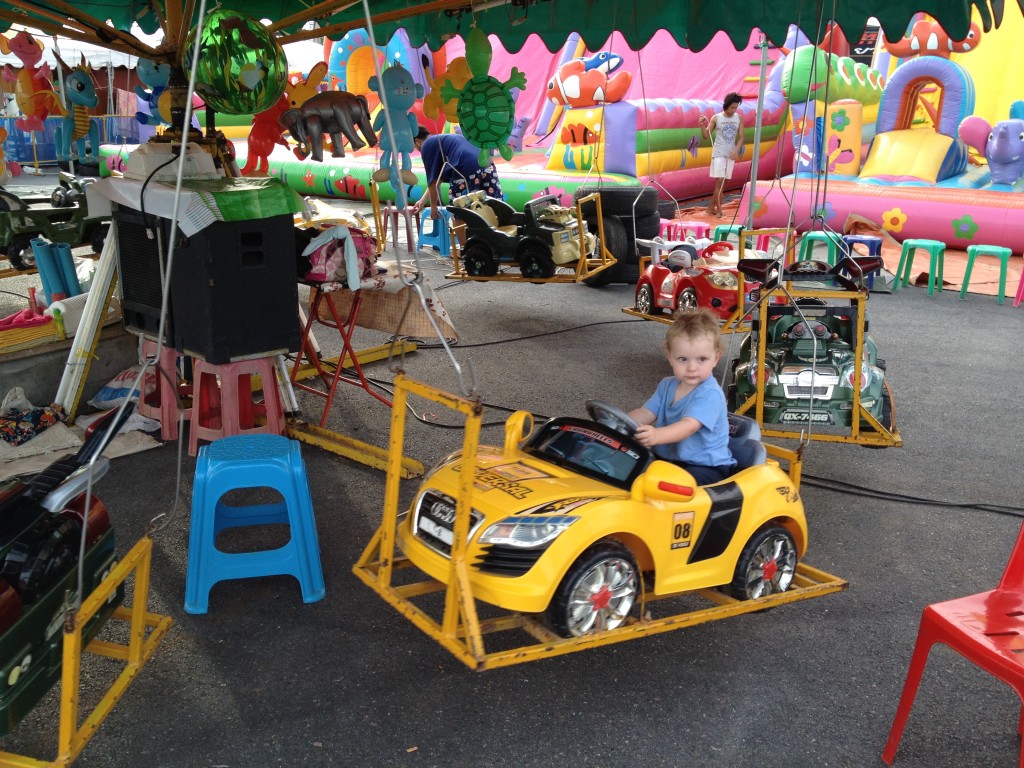 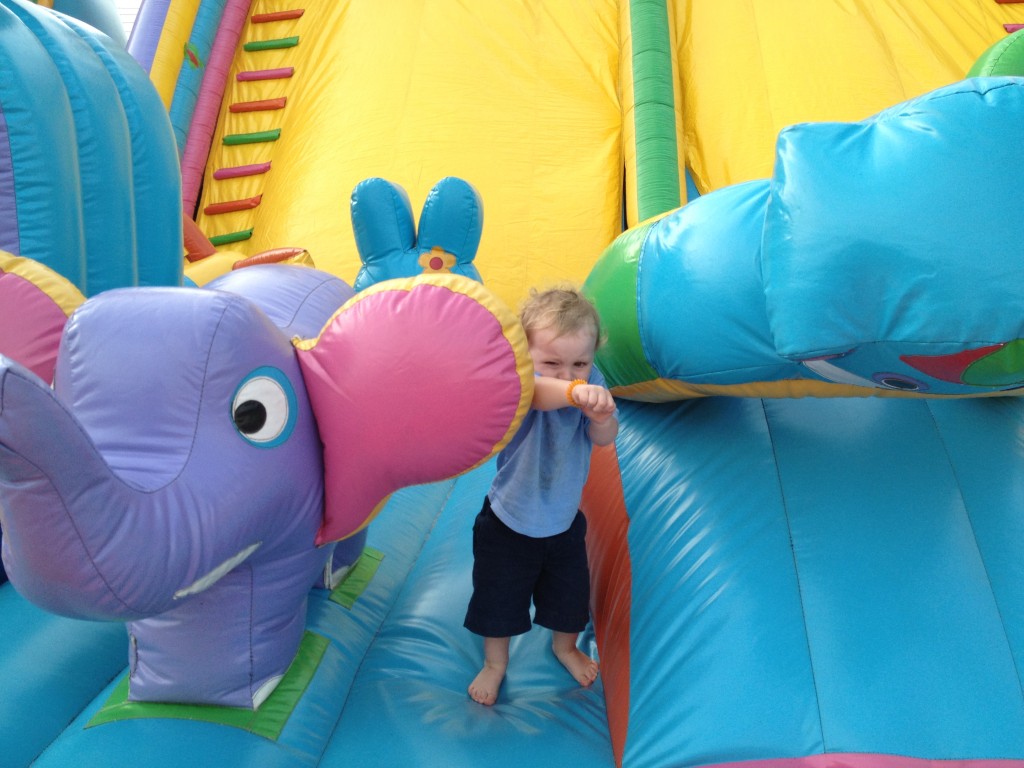 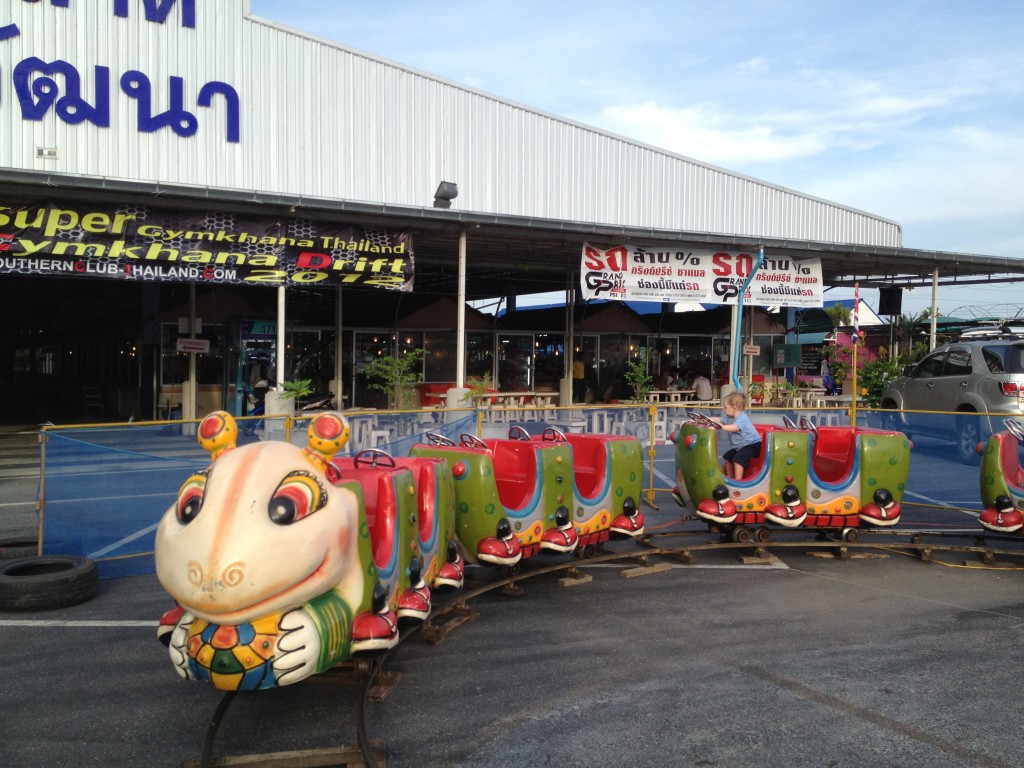 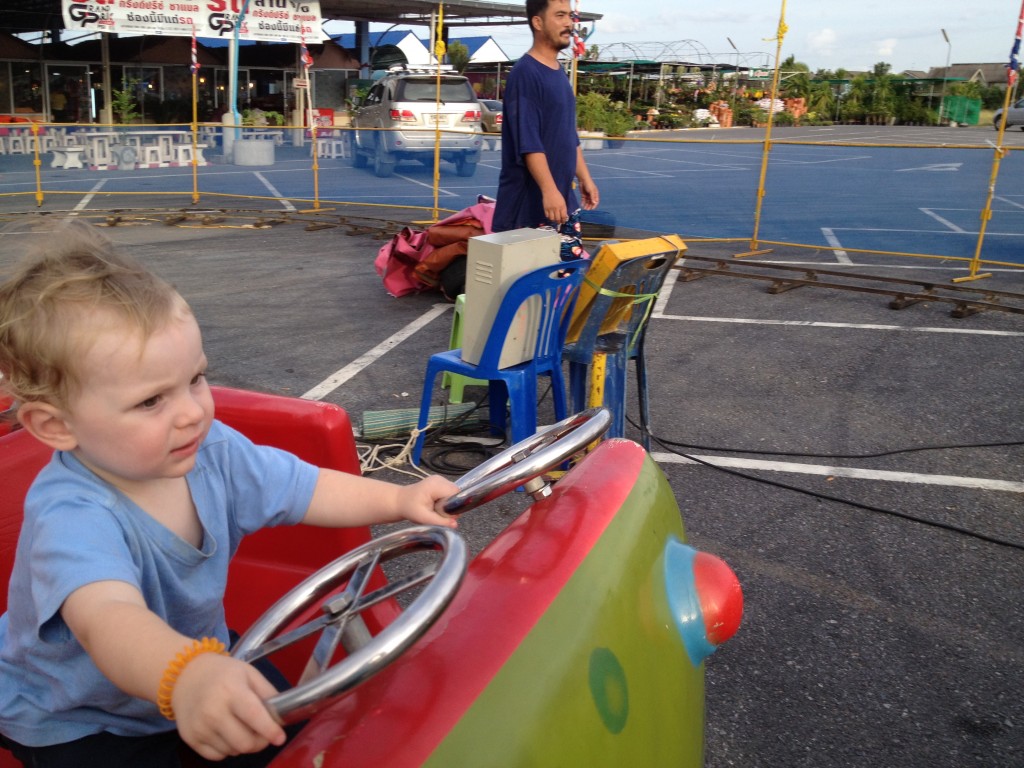 Getting from Nakhon Si Thammarat to Hat Yai was going to be easy. Or so we thought.

We figured on an easy train ride, four hours South. We were wrong. One thing you need to know about Nakhon is that there are NO TAXIS in the entire town. Sure there are a few moto-taxi but these are virtually useless if you’re a family of three with a bit of luggage. For such a small town it also has major traffic congestion issues, thanks to it’s long and skinny nature.

After paying a whopping 200B for a taxi from our hotel to the train station, we arrived with about 15 minutes to spare before our 10am departure. On buying tickets we discovered the train was third class only. Sure the tickets were cheap, only 74B for all of us. We crossed the platform to find the saddest little train you’ve ever seen. One engine, three passenger carriages and a cargo carriage. The train interior was in incredibly poor condition with missing and broken seats.

We found a spot on the already crowded train and sat for a while waiting for the train to depart. I looked around for a toilet and couldn’t find one, on the train or on the platform. I started to get worried. There was no way I could last four and a half hours without a toilet. I started to panic, running through options in my head. Could I somehow pee out the leg of my cot and off the side of the train? Could I somehow pee into one of Reuben’s nappies? On a crowded train full of ultra conservative Muslims… I think not. (I realise now how INSANE that all sounds but they seemed like reasonable options in my head at the time!) It didn’t look like the train was about to start moving any time soon. It was probably going to leave and arrive very late. We made the rash decision to jump off the train and find an alternative means of transport. And a toilet.

After an attempted shake down by the local taxi mafia we decided against paying another 200B for a taxi. The bus station was 2km away so we figured we could walk it. (Stupid taxi driver shouldn’t have shown me on a map where the bus station was.) We’re not that cheap but I really resent being taken advantage of. There is no way I am paying 200B for a 5 minute taxi ride. Yes, it’s hot. Yes, we have a baby and a massive suitcase. But I’d rather take my chances on a Thai footpath than pay you almost a day’s wages just because you saw me first. (This driver wouldn’t let any of the other drivers speak to us. We were clearly his target and his property.)

We struggled along the footpath for about 500m thinking how stupid and disorganised we were. I should have known the train was rough and I should have gone to the toilet. We should have packed less. We were about to give up when a moto-taxi approached us and asked us where we were going. He told us there was a minibus office on the next block and told us he’d put our big bag on his bike and run it to the there for free. Success.

After waiting for 45 minutes we were on the next minibus to Hat Yai. There’s no luggage storage on a Thai minibus. If you’ve got a big bag you have to pay for a seat for it. We had to buy four seats because we were sitting in the back of the bus and the seats are much narrower in the back row. Our luggage took up and seat and a half. If we were in the front row it would have only taken up one seat. Thai minibuses are cramped and uncomfortable. They’re only suitable for short journeys. We managed the three hour journey to Hat Yai. I’ll never sit in the back row of a minibus again though. The seats aren’t as padded and sit a lot higher than the other seats. My feet couldn’t reach the ground which was uncomfortable.

What is there to do in Hat Yai?

Not a hell of a lot. It’s a large provincial city that sees lots of tourism from Malaysian’s looking for cheap shopping and women. For the foreign tourist, it really only serves as a transport hub.

Our first night we went cheap and stayed in a Tune Hotel – an Air Asia subsidiary with the same premise of a budget airline applied to a hotel. Want extras like air-con, TV, towels or wifi? Then you’ve got to pay for them. We bought a package through Agoda for 900B which gave us a twin room with the works. It was actually pretty cool – one of the nicest cheap places we’ve stayed in. The building was an established hotel which was renovated Tune-style with slick but minimal furnishings, comfortable bedding and super power shower. Apart from the typically chaotic check-in, there wasn’t a bad word I could say about it. 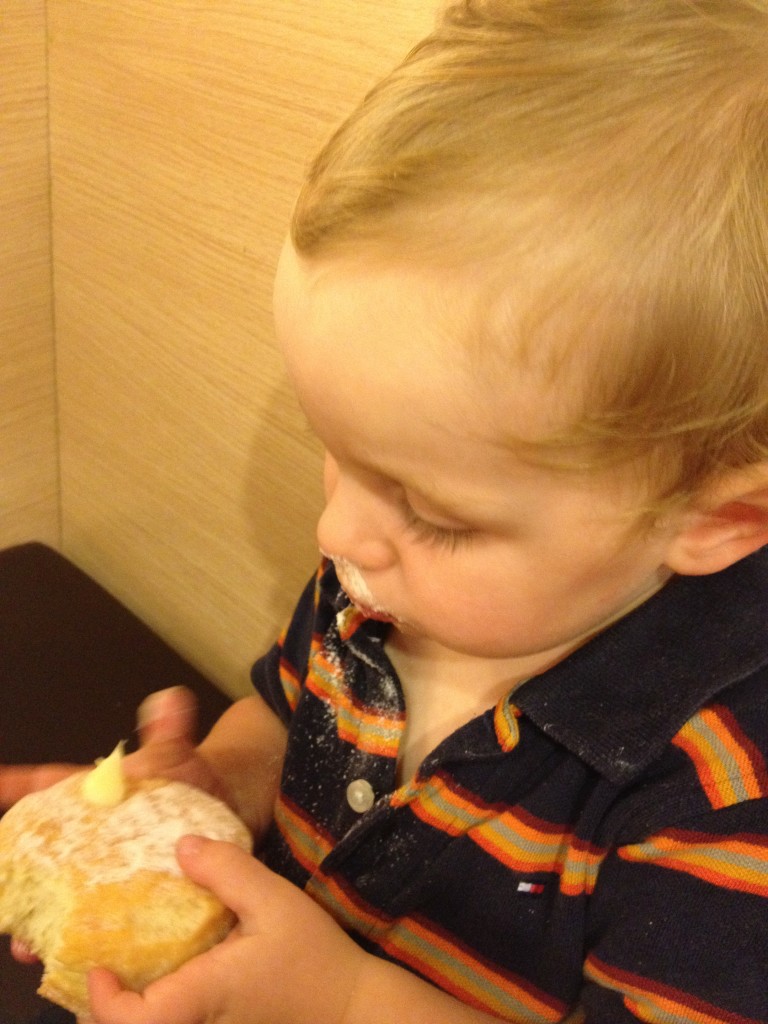 Our second night we splashed out on the best hotel in town – Centara Hotel. It was similar to the Twin Lotus in Nakhon – a big high-rise hotel with all the amenities you could need and very budget-friendly at only 1600B a night including buffet breakfast. We treated ourselves to some surprisingly good (and cheap) room service.

Somewhere along the line, we got sick. I’m not sure what we ate or when but something was giving us grief. We’ve all had a chesty cough for over a week too so it could have been the tail end of a virus. Or some dodgy chicken. We’re all nauseous, tired and weak. Thankfully it doesn’t seem to be a bug that “produces” anything.

Given our current queasy constitution we opted for a private taxi from Hat Yai to Penang. I pounded the pavements looking for the best deal and came up with a hefty 2800B for the journey. We could have taken a minibus for 300B a person but didn’t feel up to it. I’m not sure how to scream in Thai “Stop the minibus, I’m about to biff!”.

It was a good call. The border crossing was quick, about 30 minutes but the traffic on the highway was bad. It’s school holidays in Malaysia, not the best time to travel. The journey took four and a half hours instead of three and half.

Luckily for Reuben, the Thai driver had bought his pre-school daughter along for the ride. Poor thing. We didn’t pack any snacks or toys for her. She just sat in the front seat (unbelted!), occasionally peaking around and slept most of the way. Towards the end of the journey she warmed up and play a little with us. We shared some chips and she gave the cutest little wai (prayer motion with hands pressed together) on accepting every handful.

We arrived at the accommodation we’d booked in Penang and were, once again, unimpressed. We thought we’d uncovered a real find – an affordable, heritage room that had been recently renovated. What they actually meant by renovated was “we’ve added a flat screen TV to a crumby old room”. The toilet didn’t flush and the AC was worse than useless.

We spent an hour using their free wifi to find a new place to stay and couldn’t come up with anything decent and affordable. At this point Reuben was melting down and I was almost passing out. We made the call to book a room at Traders, one of the big hotels in Georgetown, and search for something when we felt better.

It’s so hard to make good decisions when you’re tired and ill. Sometimes it’s best to just throw a bit of money at a situation, sleep in a super comfy bed and try again the next day.

We’ve had a long week of travelling, sleeping in different beds almost every night. We’re glad we decided to stop for a week in Penang to recharge our batteries and take a breather.